From Gollancz's new catalogue, some interesting news about next year's releases.

In February and March 2011 Gollancz are reissuing the first two novels in Sophia McDougall's alt-history Romanitas Trilogy, Romanitas and Rome Burning. Previously released by Gollancz's parent company, Orion, these books have now moved to the SFF imprint and have some new cover art. In May 2011 they are also being joined by the final volume in the trilogy, The Savage City: 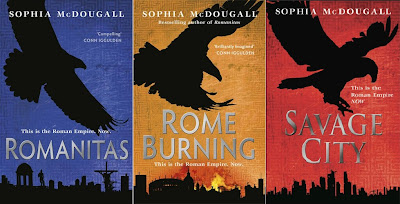 In March and June 2011 Gollancz are releasing the British editions of Connie Willis's duology of Blackout and All Clear: 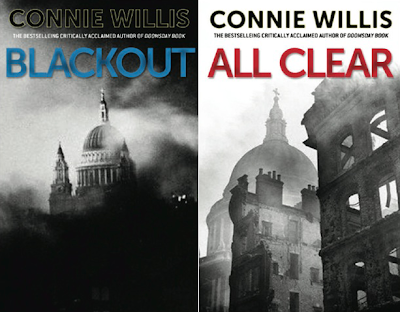 In May, Stephen Deas's Order of Scales is released, the conclusion to his opening Memory of Flames trilogy: 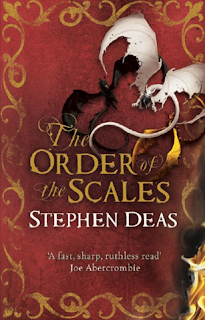 An interesting new novel, out in February, is Rivers of London, the start of a new urban fantasy series called The Last Apprentice Wizard. This book intrigues as it is written by Ben Aaronovitch, who started out writing scripts for Doctor Who towards the end of its original run. He was responsible for the well-received Season 25 serial Remembrance of the Daleks (and its spectacularly good novel adaptation, a fine novel in its own right) and the, erm, somewhat less-well-received (but lots of cheesy fun) Battlefield of a year later. 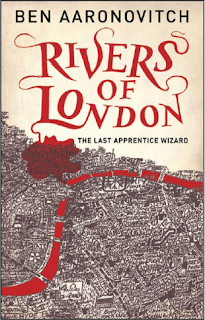 In June Brandon Sanderson's Elantris gets its first UK release as well. No sign of cover art yet, but I imagine it will be in a similar vein to the minimalist white covers for the Mistborn trilogy and The Way of Kings.
Posted by Adam Whitehead at 15:17

Ben Aaronovitch also wrote the best of the original Doctor Who "New Adventures" novels which Virgin books published in the '90s, including the amazing "The Also People" which hilariously imports Iain M Banks' Culture into the Dr Who universe.

You should try reading the "Masters of Rome" series by McCullough Wert, it’s really close to the feel of HBOs Rome.

I read the first book many years ago and didn't like it at all. I might give it another go at some point.

I read the first book many years ago and didn't like it at all. I might give it another go at some point.

Oh, to bad. I really love them. I recently rewatched the HBO series and "I, Claudius", and started reading "First Man in Rome" again a couple of days ago to fill the need for more. For some reason it reminds me a lot of ASOIAF, so I thought it might be to your liking.