Discussions over a visual adaptation of Neil Gaiman's Sandman comic book series have been going on for a long time now, usually stalling over issues of budget and script quality, particularly for the movie option. However, with HBO's aborted attempt to bring Preacher to the screen several years ago and AMC tackling The Waking Dead, it did appear inevitable that a TV company would take a crack at the material. 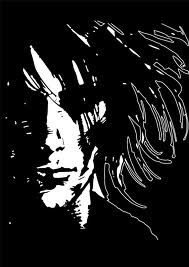 HBO was apparently interested in the property, but Warner Brothers have now snatched the rights and are developing a potential series with several collaborators looking to come on board. Frontrunner at the moment is Eric Kripke, the creator of the popular series Supernatural who recently quit that show when it was renewed for a sixth season despite Kripke having concluded his planned five-year arc for the show. Kripke is reportedly nervous about the prospect of tackling such a huge project, but is also up for the challenge.

Arguments about who can play Death and Dream can begin now (Brian Blessed for Destruction we'll take as read).
Posted by Adam Whitehead at 21:04

Email ThisBlogThis!Share to TwitterShare to FacebookShare to Pinterest
Labels: news, the sandman

If I where to handle a tv project based upon the endless I would cast the following people as the endless.

Dream - an endless stream of unknowns seen through a filter similar to that applied to the characters in 'a scanner darkly'(2006) but consistantly voiced by idris elba(god I love his voice.)

Death - again no one actress can hope to play death. I would have a stable of 10 young and interesting looking unknowns who despite being of different races, roughly look like deaths depiction. I would change the actress used with each change of shot, though her costume would remain consistent. Death would be voiced by Tilda Swinton.

Desire - played by Noomi Rapace(Lisbeth Salander from the girl with the dragon tattoo ), but with a male voice actor(not sure who yet) doing desires voice. Noomi Rapace is pretty flat chested, but she'd still probably need to have her chest bound for it.

Dispair - Dispair never worked for me in visual form. I think I would use a child actress, bedraggle and made up to look beaten. I would use that actresses voice, layered with dame judi dench's

Destiny - A very tall unknown, heavily robed so we never see him. voiced by Terence Stamp.

Delirium - ellen paige, but with a filter that makes her look animated, with everything she says swirling around her in animated visual aura of crazyness.

Well I'll agree with anything including Idris Elba, I've been watching The Wire and he's amazing in that (but then again so is everyone else) But surely Destruction should be Brian Blessed, ah excuse me; BRIAN BLESSED?