An Adventure in Space and Time

London, 1963. The BBC's new, flamboyant Head of Drama, Sydney Newman, is alerted to a crisis in scheduling: a 25-minute gap has opened between the daytime sports programming and the evening pop music show. He needs to find something that will retain the adult audience whilst warming up the kids for the evening's entertainment. He hits on the idea of a science fiction series that will educate, scare and entertain, in which characters travel to different worlds and times. The show will alternate between historical dramas set in the past and serials set on alien worlds or in the distant future. 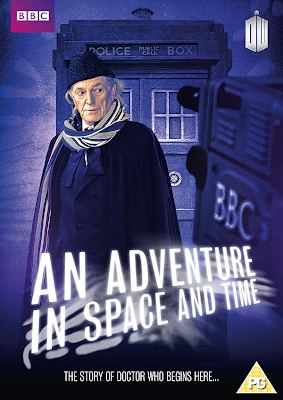 To develop the project, Newman upsets the old guard at the BBC by bringing in the young, talented and notably female Verity Lambert to produce the show. The even younger Waris Hussein, the first BBC director of Indian descent, is assigned to helm the first episode. All they need is their star, and in the distinguished film actor William Hartnell, eager to escape being typecast in military roles, they may have found a very unconventional one.

An Adventure in Space and Time is a one-off TV drama about the creation of Doctor Who, the world's longest-running science fiction TV drama. Written by long-term Who writer Mark Gatiss (who has been writing in the Who universe in one format or another for over twenty years), it's a tribute to the programme and to the many people involved in its creation. Gatiss walks a fine line between over-lionising the programme in its early days and giving a warts and all account. Some of the more controversial elements (the outrageous sexism and racism that Lambert and Hussein respectively faced in the early days of the show) are present, but William Hartnell's contradictory prejudices - speaking dismissively of a Jewish crewmember but being extremely close to both Lambert and actress Carole Ann Ford, who were both also of that faith -aren't examined very far. However, Hartnell's irascibility and grumpiness are present and correct.

David Bradley, most recently seen in the most controversial TV episode of 2013 (on Game of Thrones), plays Hartnell with the required mix of irritability, charisma and sparkle. It's a difficult role to pull off, making Hartnell sympathetic without playing down his negative sides (though, as mentioned earlier, his prejudicial side is all but missing), but Bradley's performance is sublime. He doesn't sound much like Hartnell, but he commands the screen and the make-up and costuming give him an uncanny resemblance to the role he's playing. This is more impressive given that Hartnell was actually only 55 when cast as the Doctor, whilst Bradley is 71. Bradley's performance is faultlessly brilliant and easily worthy of awards. 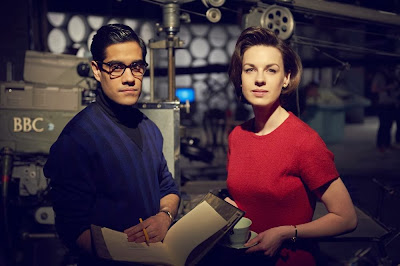 Other castmembers are also excellent: Jessica Raine (recently seen on Doctor Who itself ) gives the role of Verity Lambert - one of British television's most famous and influential producers - the required mix of command and steel. Brian Cox brings all of his formidable presence and charisma to the role of Sydney Newman, the larger-than-life figure who dragged the BBC kicking and screaming into the 1960s, and his interactions with Raine are superb: seeing him admit he was wrong about opposing the introduction of the Daleks after they triple the show's ratings is a satisfying moment. Lesley Manville has a small but critical role as William Hartnell's wife Heather, whose well-judged interventions with the production crew allow them to spot his declining acting abilities in time to do something about it. In fact, of all the castmembers only Reece Shearsmith hits the wrong note as Patrick Troughton, Hartnell's successor, failing to evoke almost anything at all about the real-life figure. Fortunately, his appearance is extremely brief.

But where the drama really succeeds is in building a gripping story about the creation of a TV show and making what sound like dreary production meetings explode into life. There's a mild coating of social commentary on the mores and prejudices of the 1960s and the over-conservative nature of the BBC, but what really makes this tick is the unlikely story of how Doctor Who was created and brought to the screen. That it actually made it in the face of opposition from the serious BBC executives, an awful pilot episode (which had to be reshot) and the first episode tanking in the ratings due to the news of John F. Kennedy's assassination breaking just the day before is incredible. The fact it's survived for fifty years (a fact nodded at in a scene that could have been mawkish but manages to be appropriately touching instead) is even crazier.

An Adventure in Space and Time (*****) is a brilliantly-acted, superbly-written drama that features one of the strongest performances of the year with David Bradley in the central role. He is ably supported by a superb supporting cast and the whole thing acts as an appropriate tribute to the TV show it's celebrating. The TV movie is available now on DVD in the UK. Despite being shot and shown in HD, there is inexplicably no Blu-Ray release currently listed. Shamefully, there no American release currently listed either.
Posted by Adam Whitehead at 14:41

Email ThisBlogThis!Share to TwitterShare to FacebookShare to Pinterest
Labels: an adventure in space and time, bbc, doctor who, doctor who at 50

Spot on review, Adam. I liked this documentary a lot, some genuinely moving scenes in it. It was much more than the mere fluff piece it could have been.

Yeah, it was shown in Australia after the Day of the Doctor special. I have little interest in Doctor Who but I found this quite interesting, though I wish there had been more insight into Sydney Newman's creative process of the show (and those ideas brought forward by others, like the Daleks, which actually puts me off the show but clearly is a ratings favourite).

Ah, I thought there was something familiar about the central character, but had no idea that was David Bradley. :O

I really enjoyed it, and thought it was very well-cast. I didn't know much about the history of the show's creation, so I was quite interested to see just how the odds were stacked against it.

Darn, I was looking forward to seeing this! Maybe they'll offer it to stream in the future.

I really hope they release in America on DVD or Blu-ray, because I loved it. I did record it when it was on BBC America, but I'd much rather have it without commercials and the ability to watch wherever I want.