CHUNG KUO to be put on hiatus?

According to author David Wingrove, the Chung Kuo series may be put on hold after the eighth volume, The White Mountain, is released on 6 March 2014. According to the publishers, Corvus, the series has not been selling as well as they'd hoped (after the apparently initial solid performance of the first volume or two). Wingrove attributes the problems to difficulties in getting the books on the shelves of the UK's biggest chain, Waterstones (I certainly haven't seen any since the second volume, Daylight on Iron Mountain). 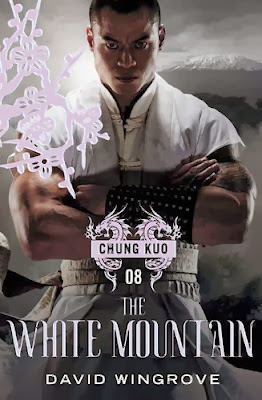 I would add my own theories to why the series has not sold well: surprisingly little interest from bloggers (myself and a couple of others excepted), the lack of a US publisher, and the highly unwise decision to publish the series as twenty relatively short volumes (300-350 pages or so) instead of ten reasonably-sized ones (600-700 pages, still vastly shorter than most novels by say Steven Erikson or Peter F. Hamilton). There also appears to have been a decline in interest in the series since Wingrove's original editor at the company left: the hardbacks stopped being published and the sending out of review copies has become spottier.

Still, Wingrove has confirmed that, even if Corvus do drop the series altogether, it will still see the light of day somewhere else or as a self-published work. And, somewhat bizarrely, the series has attracted the interest of Hollywood even as the publishers seem to have lost faith (more at the link). 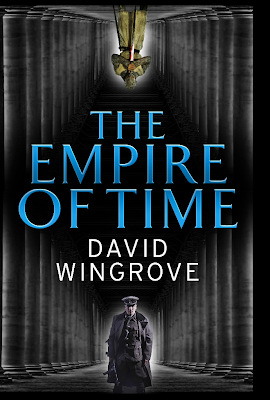 In the meantime, Wingrove will be published a major trilogy through Random House, entitled Roads to Moscow. The first volume, The Empire of Time, will be released in April 2014. It will be followed by The Ocean of Time and The Master of Time. This work will focus on a war using time travel technology ranging through history (mostly European) from the 13th Century into the future.
Posted by Adam Whitehead at 12:13

I read the first one on your recommendation because I liked the idea of a 20 volume series that would keep me with something to read for a while. But the first book read like a 350 page prologue and given the major shift at the end, it really only served to set up characters that were not hugely compelling.

The lack of a US Publisher is a big, big disadvantage.

What Paul said. Also, for those of us who read the original series, it's hard to escape the feeling that we're going to be retreading many areas we know already. I was very intrigued when I saw the announcement of the rebooted series, but I'm having a tough time imagining 20 books that will inevitably contain a lot of stuff I know already. For new readers, it's a great opportunity, but already having a shelf full of Chung Kuo paperbacks, another 20 seems a bit much.

I just never believed the initial promise of the release schedule and have been waiting to see if it ever delivered. Sorry, I wasn't going to buy a pile of books without seeing the end first certainly not 20.

This type of news will hurt the series even more. I've read the first two, and enjoyed it quite abit.

But, knowing that the series may not move onwards, I will likely stop at the first two and wait till they are all out.

Though, no US publisher sucks, and split it into 20 novels was a bad idea..

This is terrible news for me. I love Chung Kuo.
I will certainly support Wingrove if he decides to publish himself. This has to finished! This is an epic work of Scifi.

I also think that a 20 volume edition was a huge mistake.
If they had decided to go for 10 volumes the re-issue could have been finished by now.