The British Film Institute hosted one of its Missing: Believed Wiped events today, in which British television programmes and films that were believed lost are discussed and celebrated. A few weeks ago they announced the successful return of nine missing episodes of Doctor Who, amidst heavy rumours of additional finds. 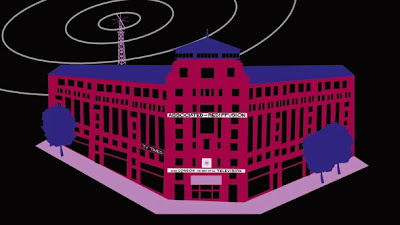 Tonight, the event organisers confirmed (following reports on Twitter) what had been speculated for months: that 'thousands' of cans of material had been recovered, mostly from Africa where copies had been sent for broadcast in the 1960s. The figure 10,000 cans was at one point mentioned, though later the organisers stressed they did not have a confirmed figure and that was speculative. However, it is clear that a substantial amount of material has been found.

What this material consists of and how much of it is of missing material and how much extra copies of episodes that already exist in the BBC and ITV archives is unknown at the moment. Apparently the BBC and ITV are assessing the material and will make further announcements in due course. However, it is rumoured that the three missing episodes of classic British sitcom Dad's Army are among the find, alongside possible episodes of Steptoe and Son and Hancock's Half Hour.

The holy grail for fans of British cult TV would be the 24 missing episodes of The Avengers and of course more missing episodes of Doctor Who. Following the find a few weeks ago, 97 episodes of the series remain missing. The most extravagant rumour - and sadly already reported to be wildly optimistic - was that 81 of these episodes had been recovered. The true figure is reportedly significantly lower, but would still comprise a number of eagerly-missed episodes. It is believed that the BBC will only confirm recovered episodes once they have been fully checked and are ready to be released to the public via iTunes and DVD.

In a separate development, Doctor Who 'superfan' Ian Levine has recovered five episodes from Taiwan. However, these were additional copies of already-extant episodes. Whilst it is disappointing not to find lost episodes, this discovery, hot on the heels of the announcement of the find of nine episodes in October, gives further hope that there is more material out there to be discovered.
Posted by Adam Whitehead at 21:39

That sounds exciting.
Here's to hoping for some Dr Who episodes! :-)