Get three FALLOUT games for free

GoG are launching their new Winter Sale with a great offer: for the next two days you can get Fallout, Fallout 2 and Fallout: Tactics for absolutely nothing. 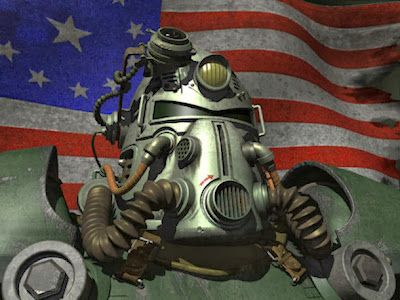 These three games kickstarted the Fallout franchise, which is now one of the biggest names in computer RPGs. Though a bit on the old side, GoG have tweaked them to make them work on modern computer systems, and they are still notable for their storylines and character arcs, some of which continued into the more recent games Fallout 3 and Fallout: New Vegas.

Kotaku recently received information confirming that Bethesda are now working on a new Fallout game. This is apprently more reliable information than reports from earlier this month, which were later confirmed to be a hoax.
Posted by Adam Whitehead at 14:55

Thanks for the heads up, Wert! I've always wondered at the popularity of these games. Now I can see for myself. :D