Emilia Clarke has been cast as Sarah Connor in the rebooted Terminator franchise. The new movies will not be related to either the first four films or The Sarah Connor Chronicles TV series of several years ago (which starred Clarke's Game of Thrones castmate Lena Headey in the Sarah Connor role). 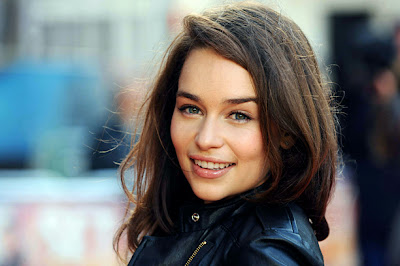 The new franchise will incorporate at least two films and a related TV series. Whilst Clarke will star in the films, it is unclear if she will also appear in the TV series; her commitment to Game of Thrones (which is expected to last through at least 2017) may preclude that her having too much of a role. Jason Clarke (Zero Dark Thirty) will play the future version of her son, John. The first film will be helmed by Alan Taylor, the director of Thor: The Dark World and - wait for it - multiple episodes of Game of Thrones, and has the working title Terminator: Genesis. It will be released in summer 2015. Arnold Schwarzenegger is apparently in negotiations to appear in some capacity.
Posted by Adam Whitehead at 12:34

I am disappointed by this tendency of remaking/rebooting everything instead of developing new material.

Even if the "creative" heads in Hollywood are unable to come up with original concepts there's plenty of good stuff out there that could be adapted as we readers of F&SF very well know.