Joe Abercrombie's Shattered Sea Trilogy of fantasy novels - Half a King, Half the World and the forthcoming Half a War - have been a big hit for the author. Aimed at a slightly younger audience than his First Law books, they have been shorter, more concise and more focused. They also have a distinct sense of place, a frigid land surrounding the Shattered Sea. As readers have noted, there is something very familiar about this world and the recently-published second volume leaves little doubt that this is our world in the distant future. 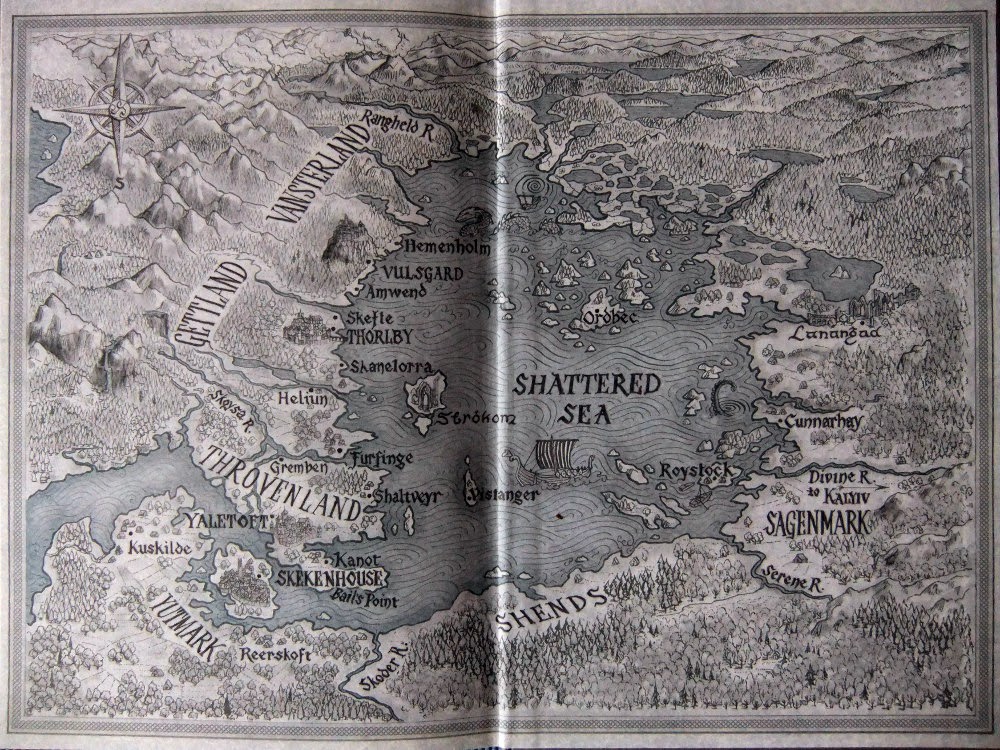 The Shattered Sea itself appears to be the Baltic, with the coastlines significantly altered. Large chunks of Finland appear to be underwater, Stockholm has been split off onto an island and the Gulf of Bothnia appears to have mostly disappeared. However, the map is also clearly not to scale and based around the understanding of the locals, so it might just be that the map is wildly inaccurate compared to the 'reality' of the geography in the world. The Divine and Denied Rivers are clearly the Dvina and Dnieper, and the route taken by the main characters in Half the World is pretty similar to that of real-history Viking traders and raiders who would travel as far as Constantinople (the First of Cities) via the eastern European rivers and the Black Sea (now the Golden Sea). Here's a possible mapping of the Shattered Sea locations onto a map of Europe (and many thanks to this thread on Westeros.org for the inspiration): 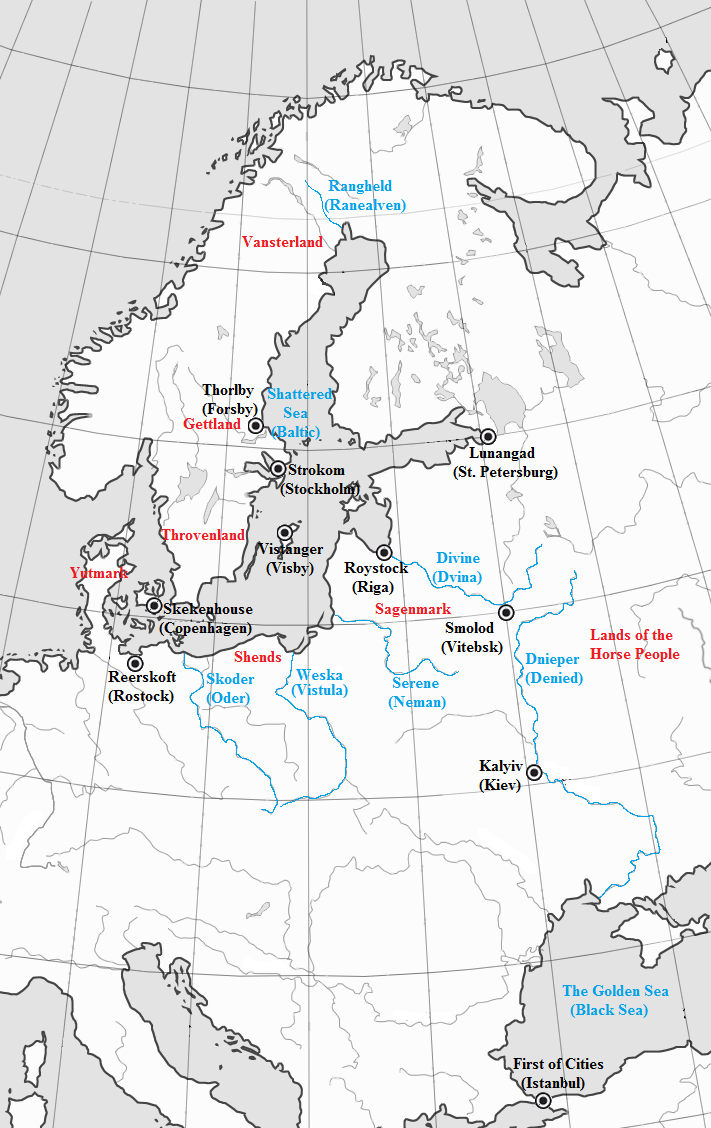 Other locations are more speculative, although pretty well supported by the maps and names. There are a few oddities, with Smolod sounding similar to Smolensk but being in the wrong place, but it may be that names have moved around and been corrupted with time and been applied to the wrong locations.

It'll be interesting to see if Half a War expands on the information we have and reveals more new locations.
Posted by Adam Whitehead at 15:30

Email ThisBlogThis!Share to TwitterShare to FacebookShare to Pinterest
Labels: half a king, half a war, half the world, joe abercrombie, maps, the shattered sea

All the doubt about nature of this world were removed for me halfway throw the first book, when Shends female clan-leader has computer plate for a jewelry.

I'm not a fan of post-apocalyptic settings but this and setting of 'Broken Empire' are good ones and so similar, almost could be the same world.

In Half the World, there is a larger map at the front, showing more of the world. But it also provides a compass that shows that the map we are shown is not oriented correctly. You need to rotate it about 45 degrees clockwise to get the 'true' map.

I'm pretty sure 'Kuskilde' in the West is Roskilde, Denmark, a famous Viking site.

It took me nearly an hour to figure this out, w the keys being Leningrad, Kiev, Stockholm, Denmark. It was Leningrad that made realize this was the far future rather than the distant past.Thanks for confirmation from fellow readers! Mkar Newman.
PS Computer plate! Aha! I couldn't figure that out.

This is exactly the map I needed. Listened to the books on Audible and was definitely missing some integral part of the physical books. This is it.

That said, how the Shattered Sea is in the books mirrors almost exactly how this region of the world was from about the late 800's CE to about the mid- to late 1200's CE. While most of Scandinavia is pretty close to the way it was, where the Shend are in the books, are where the Wends were prior to Danish and Saxon domination.

Thanks again for this map. Loved the books, and this helped me in my understanding.

The moment I felt sure was when in the second book the witch shot six people with a gun.