In a surprise move, Sony has acquired the film rights to the Robotech franchise and has fast-tracked a live-action film based on the property. They are hoping to develop a big-budget franchise which will attract old-school fans of the original animated series as well as a newer, younger audience. 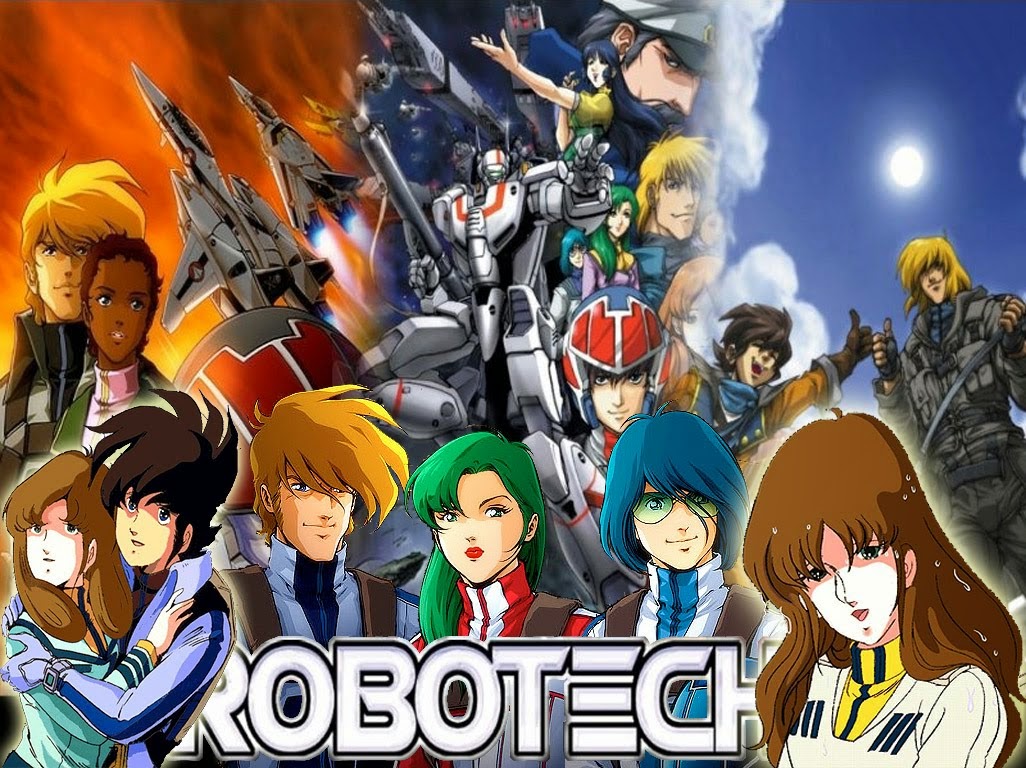 Robotech was developed in the early 1980s by producer Carl Macek and his team at Harmony Gold. They bought three separate, unrelated Japanese anime series - Super Dimensional Fortress Macross, Super Dimension Cavalry Southern Cross and Genesis Climber MOSPEADA - and, through careful editing and dubbing, transformed them into one epic story unfolding across three generations. Airing for the first time in 1985, the Robotech TV series and the subsequent novels by James Luceno and Brian Daley (writing as Jack McKinney) and the roleplaying game by Palladium Books all became extremely popular. Combined with the arrival of Akira later in the decade, Robotech helped pave the way for the growth of the anime business in the United States.

However, the franchise has also proven controversial. In Japan, Macross became an enormously successful franchise in its own right and has spawned a large number of sequel and prequel series, including Macross Plus, Macross 7, Macross Zero and the non-canon Macross II. Harmony Gold has blocked any of these series from being officially released in the USA, not wanting to dilute the Robotech brand. Harmony Gold's own attempts to continue the franchise - most recently through the Shadow Chronicles animated film and an eyebrow-raising attempt at crowdfunding a new series - have floundered in comparison. Harmony Gold blocking the export of one of the most successful and popular anime franchises of all time to the USA, not to mention the release of the original, unedited Macross, has earned it the ire of many anime fans.

There are also significant legal obstacles to overcome. The original Japanese creators of Macross won a court case securing the live-action film rights to most of the franchise. This means that the American film cannot use storylines, characters or mecha originating from Macross. Or to put it another way, this is going to be a Robotech film without the Veritech fighters, Rick Hunter, SDF-1 or Minmei. Needless to say, the exercise sounds completely pointless.

It could be that Sony have a masterplan in mind where they strike a deal with the original Japanese creators of Macross, possibly getting licensing rights to the story in return for allowing the Macross franchise to be released in the United States. Otherwise, the appeal of a Robotech movie which can't use any iconic Robotech characters, vehicles or locations is questionable, to say the least.

Also of concern is the talent being assembled for the film. Previously Tobey Maguire, Akiva Goldsman, Lawrence Kasdan and Leonardo DiCaprio had all been attached to the project when it was being developed at other studios. However, this new take is being helmed by producers Gianni Nunnari and Mark Canton, whose only works of note are 300 and The Immortals, with the script in the hands of Michael Gordon (300, GI Joe). The presence of Harmony Gold producers also does not bode well for any attempt to secure licenses to use the classic characters and vehicles from the Japanese creators of Macross (who have long resented Harmony Gold for preventing the release of their series in the States).

Whether this project can be a success given everything that is stacked against it is highly questionable. But there is quite a good and strong story at the heart of Robotech/Macross that would resonate strongly with a modern audience, if it can be told in an entertaining way.
Posted by Adam Whitehead at 22:00

Email ThisBlogThis!Share to TwitterShare to FacebookShare to Pinterest
Labels: macross, news, robotech, sony, this will probably suck but you never know

There is no way that they would create a Robotech movie without Rick Hunter, Veritechs, and the Zentradi. Some compromise will be made. Hell, the MCU managed to get Spiderman, so this should be easy in comparison. Don't you think?

I agree that there will be some sort of deal made. There has to be. Robotech without what made the thing an icon is nothing. The only hope they would have otherwise would be to rope in the hipsters who know nothing about Macross/Robotech and just wanna see pretty fx. The real fans would disown it.

As related in later news articles, no it's not. Harmony Gold lost a major court case and now are set to lose the Macross (and I believe Mospeada) licences in 2021, which has put talks of both a reboot and a live-action film on hold because there's no time to get either project off the ground before the rights are lost for good.