HBO moot a longer run for GAME OF THRONES


HBO set the internet alight this week when programming president Michael Lombardo indicated he would be happy for Game of Thrones (about to start airing its fifth season) to last for ten years, rather than the seven currently favoured by the production team. He then added that this would only be possible if showrunners David Benioff and D.B. Weiss were up for it, and if they wanted to end the show earlier to preserve its quality, he would back them up. 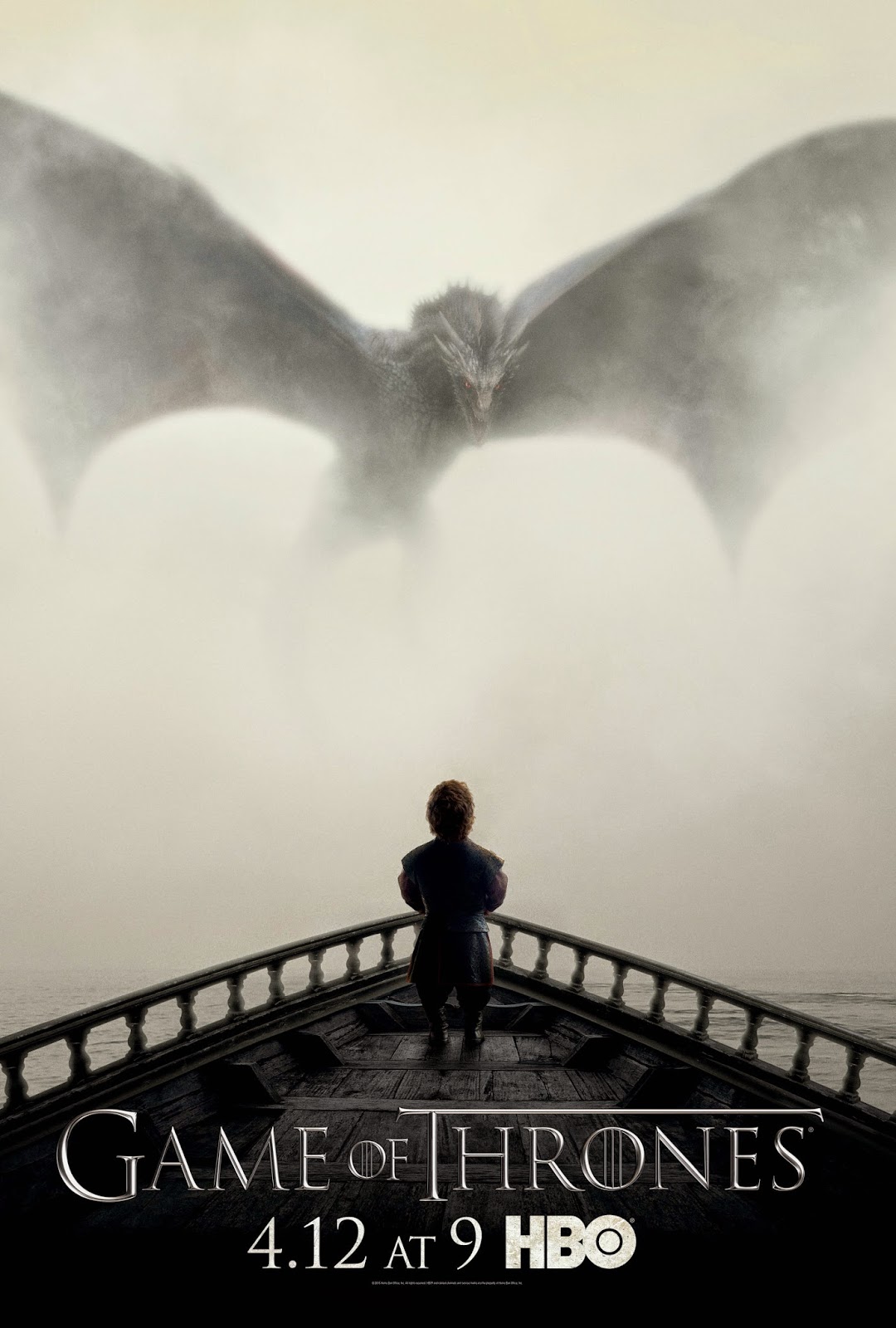 Weiss and Benioff's position is that they don't want Thrones to outstay its welcome and "strangle the golden goose." When the show was in its planning stages they suggested that the show could last for up to 90 episodes, possibly when HBO was considering the possibility of 12 or 13 episodes per season. However, later on they committed more forcefully to seven seasons, indicating that a 70-episode run concluding in 2017 might be the current plan. Benioff and Weiss added further credence to this by signing a deal with Fox for their first post-Thrones project, a feature film based on the novel Dirty White Boys by Stephen Hunter. This makes more sense if they envisage getting to this project in two to three years rather than in another five or more.

However, a previously-identified obstacle to the show going longer than seven years has recently been removed. Contractual negotiations between HBO and the cast were concluded last year and seem to have secured many castmembers for potentially several more seasons beyond the fifth. Previously it was thought that negotiations taking place during or after the seventh season could be comprehensively more expensive, perhaps to the point of making the show unaffordable. These early negotiations seem to have secured significant pay rises for the core cast, but not as much as HBO would had to have spent another two years down the line.

That said, Thrones actors are continuing to line up other projects. Kit Harington (Jon Snow) recently starred in the well-received film Testament of Youth, Emilia Clarke (Daenerys Targaryen) has followed in her Thrones co-star Lena Headey's footsteps by being cast as Sarah Connor in the new Terminator movies (and possibly the mooted spin-off TV show) and Sophie Turner (Sansa Stark) has been cast as the young Jean Grey in X-Men: Apocalypse. At the moment these projects can be slotted in around the Thrones shooting schedule, but as time goes on the actors may want to spread their wings further.

Entertainment Weekly have made a wiser bet by suggesting that the show will indeed still finish after seven seasons, but the final season will be a double-length one split in half with the two sections airing six or twelve months apart. HBO previously used this model for The Sopranos and AMC also recently exploited it for the final seasons of both Breaking Bad and Mad Men. This would effectively give the show eight seasons and potentially 80 episodes to wrap up the story, getting close to the producers' originally-mooted 90 episode plan.

One idea suggested by some fans and executives at HBO and endorsed by George R.R. Martin would be to have the series end with a feature film. However, Lombardo and the TV producers have apparently been more sceptical of this idea, feeling it would be unfair to force viewers already paying a premium to pay out even more money to watch the conclusion in the cinema. There is also likely some concern over the fact that previous HBO series Deadwood and Rome were supposed to wrap-up with further projects - a mini-series event for the former and a full-scale movie for the latter - but these never materialised through scheduling and budgeting issues, and for the tightly-serialised Thrones mishandling the ending would be a disaster.

There is, of course, a very good reason why HBO is keen for more Thrones. Game of Thrones is HBO's most successful-ever TV series, dwarfing the enviable success of even The Sopranos and True Blood, and is the biggest television drama show on the planet right now, drawing vast numbers of subscribers, international distribution deals (HBO's recently-renewed partnership with Sky in the UK could fund almost four seasons of Thrones by itself) and merchandising profits. The budget-per-season of Game of Thrones now comfortably exceeds $70 million, with some reports suggesting that HBO have relaxed previously strictly-held budgetary limits for the fifth season and a resulting increase in scenes of massive spectacle more commonly associated with movies. Benioff and Weiss have admitted that physical production time is now a bigger problem than money, with one scene in the new scene taking more than two weeks to film by itself. All of these indicate that the money Thrones brings in hugely outweighs its costs. HBO might not want to strangle the golden goose, but these also don't want it flying off before it's work is done. 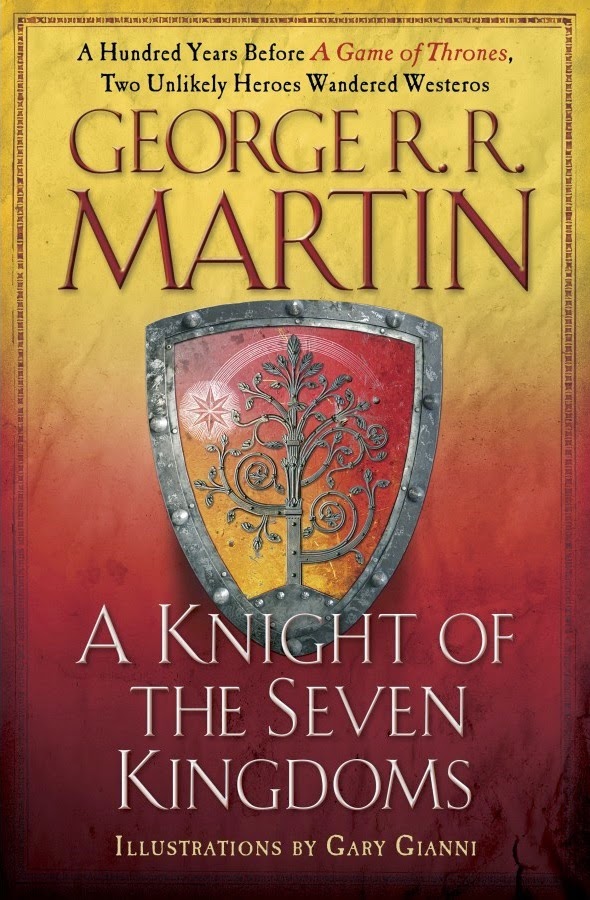 One possibility would be for HBO to consider a spin-off project, set in the world of Westeros before or after the events of Thrones but which could be made with a whole new production team and cast. George R.R. Martin already has source material they could use. Since 1998 he has intermittently been writing the Tales of Dunk and Egg prequel novellas, with three stories published so far and a fourth mooted, with Martin saying potentially there could be a dozen of them. These stories begin eighty-nine years before the events of Thrones and chronicle the adventures of Ser Duncan the Tall and his squire, Egg. Some of the stories are small in scale, whilst others are larger and feature the duo brushing shoulders with important historical characters. Existing Thrones characters would barely be featured - Maester Aemon (from Castle Black) is referenced and Walder Frey appears as a very young child - and a TV series version would likely be both considerably cheaper (due to the smaller scale) and more episodic than Thrones. Such a series would also allow for a mixture of episodes based on novellas and others being all-new material. However, HBO may conclude that such a series would be too far removed from the existing characters to carry the same kind of audience.

Possibly more appealing to HBO would be a direct prequel, chronicling Robert's Rebellion and featuring younger actors taking on the roles of Eddard Stark, Robert Baratheon and Tywin Lannister. This would tie much more directly in with the existing Thrones series. However, George R.R. Martin has said he is not very interested in developing this story since he feels everything important about the rebellion will be revealed in the novels and all a prequel novel or TV series would do is just join up the dots. HBO also does not have the rights to either Dunk and Egg or any other Westeros-set material other than the novels themselves, so would only be able to proceed if Martin agrees with whatever project they are considering.

Another option could be a show structured like Fargo or HBO's own True Detective, which follows one cast and story for each season (potentially with each season having different writers and cast) and jumps around in the world and history. This is an increasingly popular model and it would be interesting to see if HBO could pull it off in a fantasy series.

An alternate option would be a theatrical film or trilogy, possibly based on a backstory event like Aegon Targaryen's original conquest of the Seven Kingdoms or the civil war known as the Dance of Dragons. These conflicts featured large amounts of action involving dragons, which would likely be beyond even a HBO TV show's budget.

Potentially more likely than any of these would be a new series drawing on Martin's work, but not A Song of Ice and Fire specifically. Martin has a development deal with HBO and there has been some well-founded speculation that a TV series based on Martin's Haviland Tuf character (from Tuf Voyaging) has been discussed. Martin's most popular non-Ice and Fire work is the vampire novel Fevre Dream, featuring vampires on the Mississippi during the Civil War era. It's been optioned for film several times and fans have suggested Ron Donachie (the late Ser Rodrik Cassel from Thrones) for the role of Captain Abner Marsh. However, HBO may want a few more years to elapse from True Blood before going back to the vampire genre once again. 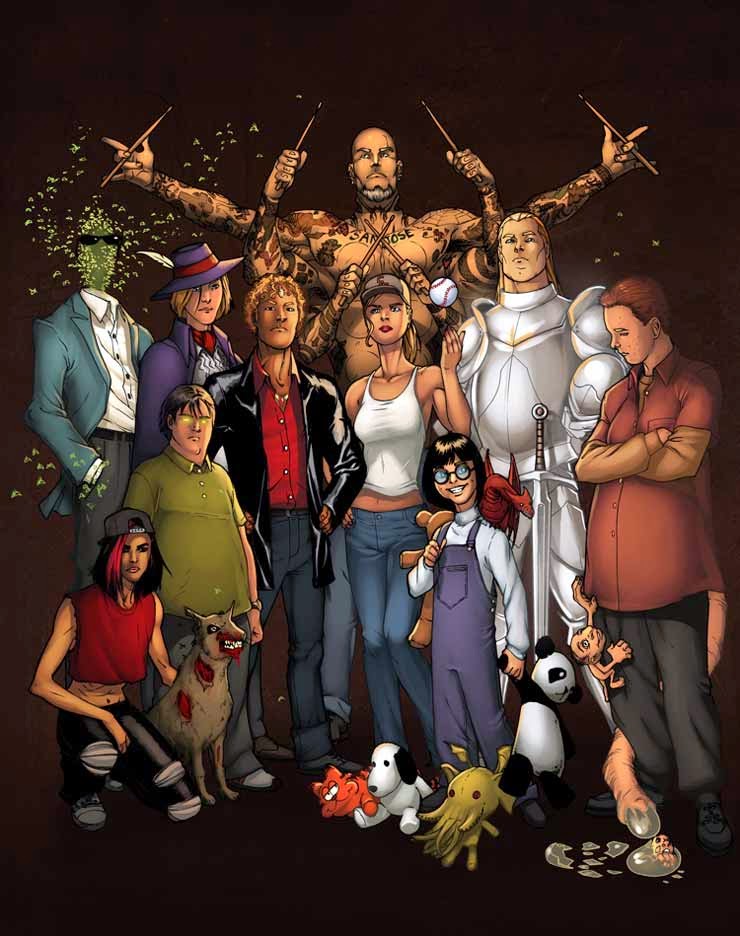 The gold standard work of Martin's that would be most suitable for a new TV series is of course Wild Cards. A story of morally-conflicted people given either superpowers or debilitating deformities in the wake of an alien virus arriving on Earth, it is a perfect fit for HBO. There is an immense amount of source material (22 books available, a 23rd on its way) and creative firepower to draw upon (several of the short story writers, including Paul Cornell and Melinda Snodgrass, are veterans of TV scriptwriting), not to mention the fact that superheroes are still very popular. Wild Cards would be pitch-perfect for HBO's inevitable take on the genre. Wild Cards was optioned by SyFy a few years ago for a potential film, but this has failed to materialise and the rights will likely be up for grabs in the next few years.

Whatever the situation, HBO are going to be hard-pressed to find something that matches the success of Thrones. The only possibly big, crowd-pleasing show they have in the planning stages is Foundation, based on Isaac Asimov's novels, but even that may be hard-pressed to even come close to the appeal of Thrones. It'll be interesting to see what they produce as a follow-up, and if it will also be drawn from George R.R. Martin's work.
Posted by Adam Whitehead at 23:43

What about the Blackfyre Rebellion? There's some big battles, but most of it is intrigue with no expensive CGI dragons.

I see no other solution: There has to be a 123-seasons-adaption of The Malazan Book of the Fallen.
Do it. Dooooooo IT!

I seriously hope Martin's Tuf Voyaging get made as a TV series. It is both wonderful and dark, showing how great power can change a decent good man into...something else. Read the book if you don't believe me; it's great!

The best move HBO could go for would be to make Mistborn.

In your list of best-selling SFF authors, Sanderson is the highest ranked author without a movie/tv deal (and having a series that could be made into one).

Hunger Games and the other woman-protagonist/YA books have made so much money that Mistborn makes a certain kind of sense.

Tuf Voyaging was insanely bad - a TV series of it would get cancelled quicker than Harsh Realm was.

And as for Wildcards - you have to be kidding!