AD 2102. The world is still basking in the afterglow of a devastating nuclear war. In Arizona, a law-enforcing militia known as the Desert Rangers is trying to bring justice and order to a land plagued by bandits, warlords and crazed cyborgs. When Desert Rangers start turning up dead, it becomes clear that someone or something has it in for the Rangers, and their attempt to find out who is responsible will take them to every corner of Arizona, and far beyond. 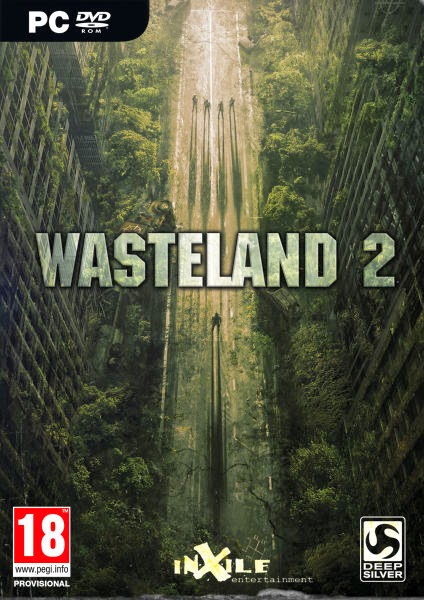 Wasteland 2 has an interesting history. The original Wasteland was a hugely successful, genre-defining roleplaying game when it was released by Electronic Arts in 1988, featuring a rich story and solid gameplay for the time. Brian Fargo and his team at Interplay later left EA to go solo. In 1996 they tried to get the rights to make an official sequel but EA turned them down. So they had to make a spiritual successor, a similar post-apocalyptic game with a nicely non-copyright-infringing, alternate-history twist to set it apart. The result was a game called Fallout. You may have heard of it, and its increasingly massive, mega-selling sequels.

Years later, after Interplay went down in flames and the Fallout franchise rights were purchased by Bethesda, Fargo and some of his team-mates regrouped as inXile Entertainment, purchased the Wasteland IP rights from a now-more-relaxed EA and raised over $3 million from crowdfunding. The game was finally released in September 2014. To say it represented a labour of love for its creators, who had spent a quarter of a century trying to get it made, is an understatement.

So much for the history, what about the game? Wasteland 2 is a top-down roleplaying title. You create a party of four characters from scratch who can then be joined by up to three additional companions as the game proceeds. You control the development of both the created and original characters, determining where skill points are assigned and what equipment they use. The game demands a fairly broad-based approach and it pays to split skills between party members, so making one a computer specialist, another a master lockpicker, another a medic etc is pretty much essential. All characters need to pour points into their fighting skills as well, with the game providing a nice variety of ranged (rifles, pistols, miniguns, laser weapons, sniper rifles, shotguns etc) and melee weapons. There are also non-violent skills, most notably the conversation skills which can dramatically change how conversations, quests and entire storylines unfold. Roleplayers will enjoy seeing how much combat in the game can be avoided by picking the right dialogue options and using either logic, determination or appeals to mercy as befitting the other character's nature. 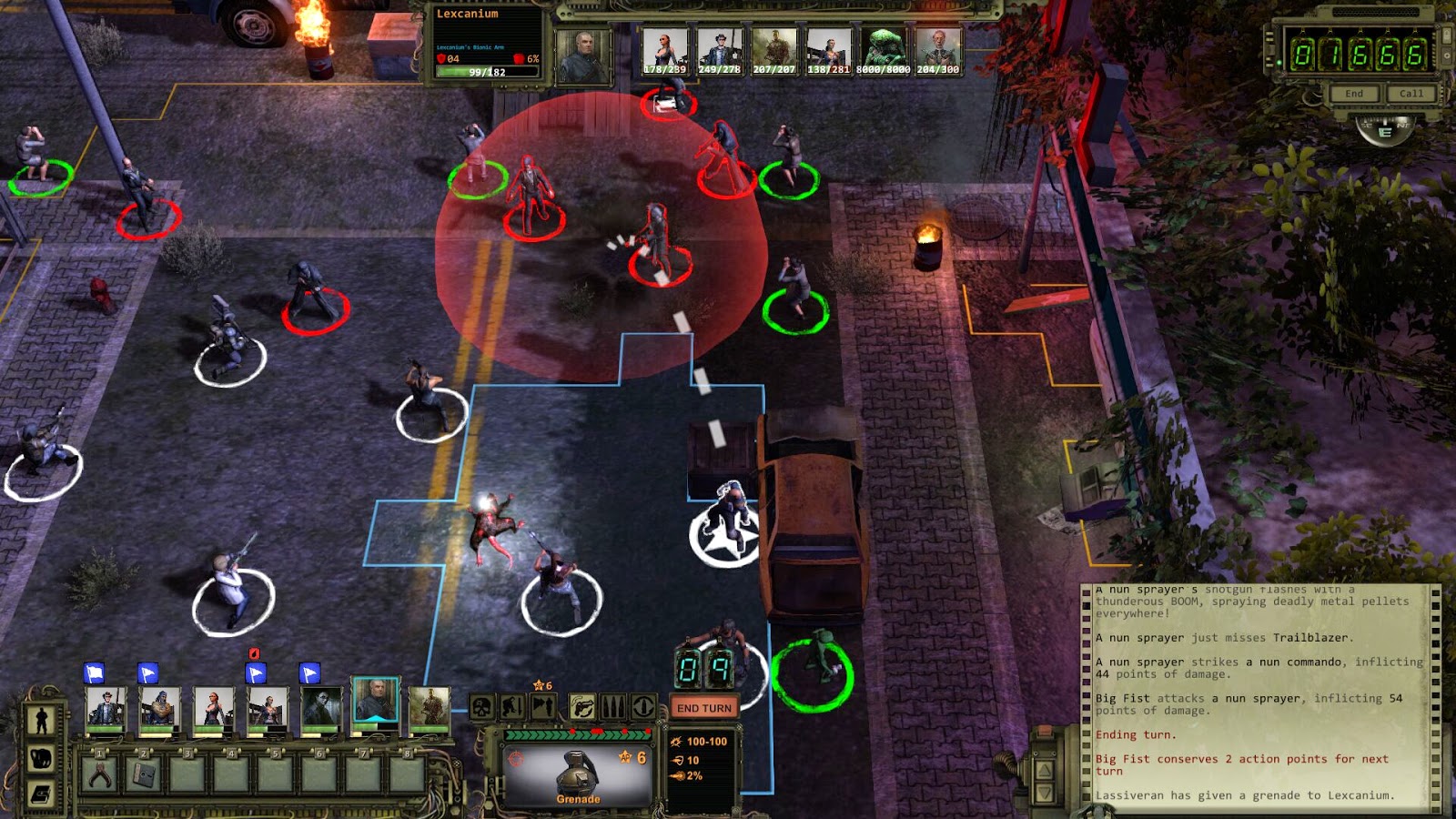 Grenades and bazookas can be a vital equaliser in really tough fights.

Wasteland 2 is reasonably attractive graphically, although the first half of the game is very, very brown. You spend so much time zoomed-out it's not really a problem (the - fortunately very brief and rare - in-game cut scenes are a bad idea), and the game's excellent graphic design shines through at every point. The game employs the old Infinity Engine technique of having some well-designed maps and areas that aren't actually that huge, but cleverly-designed paths and well-placed enemies can make crossing them a lengthy challenge. There's also an absolute ton of them. Wasteland 2 is a massive game, taking most players north of 50 hours to complete (I did in 54, and that included rushing some late-game areas and not exploring every nook and cranny as it was no longer necessary) and does a good job of maintaining interest over that time. I certainly never found myself glancing at the time and wishing the game was over like I did through most of the second half of Dragon Age: Origins, for example.

The writing is pretty good, although inconsistent. Chris Avellone was parachuted in from Obsidian to help on several sections and his Planescape: Torment co-writer Colin McComb played a large role, resulting in a twisting and turning narrative which never shies away from asking hard questions and leaving players feeling that all choices are bad ones. However, some other sections of the game are more pedestrian and more easily resolved through combat. The writing is good but certainly not a major selling-point of the game (as it is for Pillars of Eternity, for example). Combat is more enjoyable, being turn-based and emphasising positioning and cover. XCOM fans will particularly enjoy the fights. As better weapons are secured and combat skills are levelled up, battles become more elaborate and enjoyable. However, towards the end of the game your party will start outstripping the enemies arrayed against it and tactics will become less important as you shrug off massive volleys of enemy fire like gnats.

Although your party does eventually become unstoppable walking tanks, it takes a while to get there. Unlike most RPGs, the game is pretty stingy with ammo and money. Looting items provides only a small return, while the cost of everything is absolutely astronomical. Late in the game I still found kitting my side out with enough bullets to get through a few fights without running dry to be ruinously expensive. It doesn't help that the game is also stingy with its vendors and their bank balances, sometimes necessitating large trips across the map stopping off at every merchant you know to stock up. 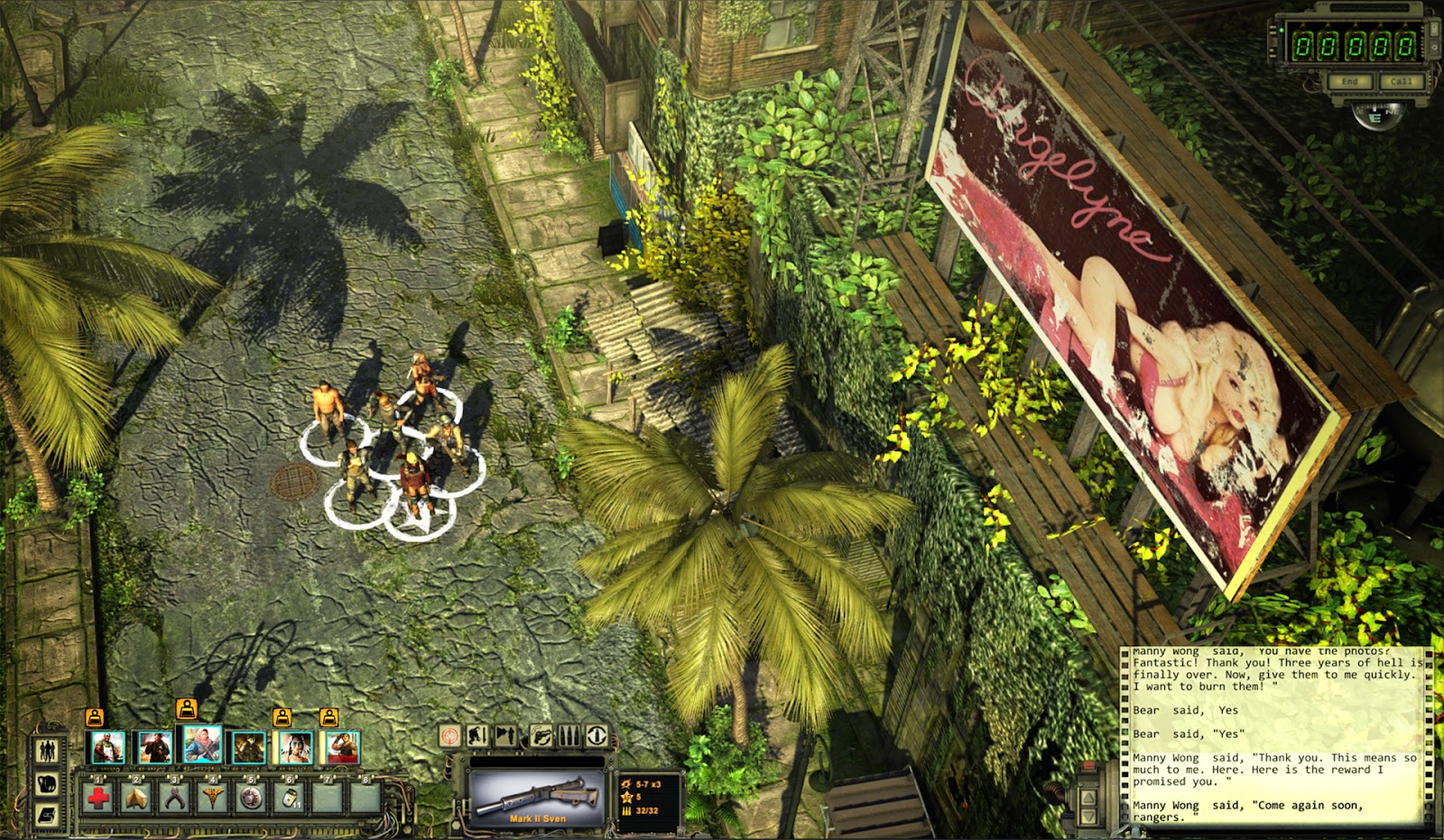 Despite small and undetailed textures, the graphics can be ocassionally excellent.

The other key weakness is the overly exacting use of skills. Having Safecracking and Lockpicking as separate skills felt like one step too far into pedantry, as was the splitting of Medic and Surgeon. It does force some hard choices in levelling your characters, which is good, but the gap between tough choices and unnecessary busywork is very small and the game does step over it several times.

Still, if Wasteland 2 repeats some of the mistakes of old-school RPGs, it also embraces some of the best bits. There are lengthy, branching storylines with multiple outcomes. Quests with three or four different outcomes which have associated subquests with their own branching endings. Entire storylines can be missed if you don't open the right door. Decisions made in the opening minutes of the game have huge consequences in the endgame. One wrong judgement during a particularly tense, dramatic confrontation with a bunch of warrior-priests can determine if a nearby town is enslaved, left alone or destroyed. Wasteland 2 gives every one of your decisions weight and consequence, and makes you care about those consequences.

Wasteland 2 (****) is occasionally tough, sometimes obtuse and perhaps overuses the brown texture colour a tad too much. It's also brilliantly designed, well-characterised and knows how to gut-punch the player when they're least expecting it. Amongst the recent surge of old-school RPGs it may be the ugliest (although this is very relative) but it's definitely one of the most rewarding. Wasteland 2 is available now on PC from Steam and GoG, with PS4 and X-Box One versions to follow later this year.
Posted by Adam Whitehead at 22:37

Google ads are pretty unobtrusive, and also the makers of Adblock (which I use for general browsing, but disable on every site I bookmark) work with some advertisers to use less intrusive AD's instead of the "LOOK AT ME INSTEAD OF THE WEBSITE YOU LOADED" kind.

Your Blog is a daily visit for me, as I find your reviews and content very relevant to my tastes, and although I don't have the funds to dontate, I would happily "donate" via adds.