The seventh and final season of Star Trek: The Next Generation aired under very different circumstances to when the show began in 1987. Back then it was a tremendous risk by Paramount, an attempt to bring the franchise back to TV and make lightning strike twice. Despite a rocky opening season, the show eventually succeeded. By 1994 there was already one spin-off TV show on screen (Deep Space Nine), with another (Voyager) on the way. Plans were also underway for the first TNG-focused featured film, Star Trek: Generations. 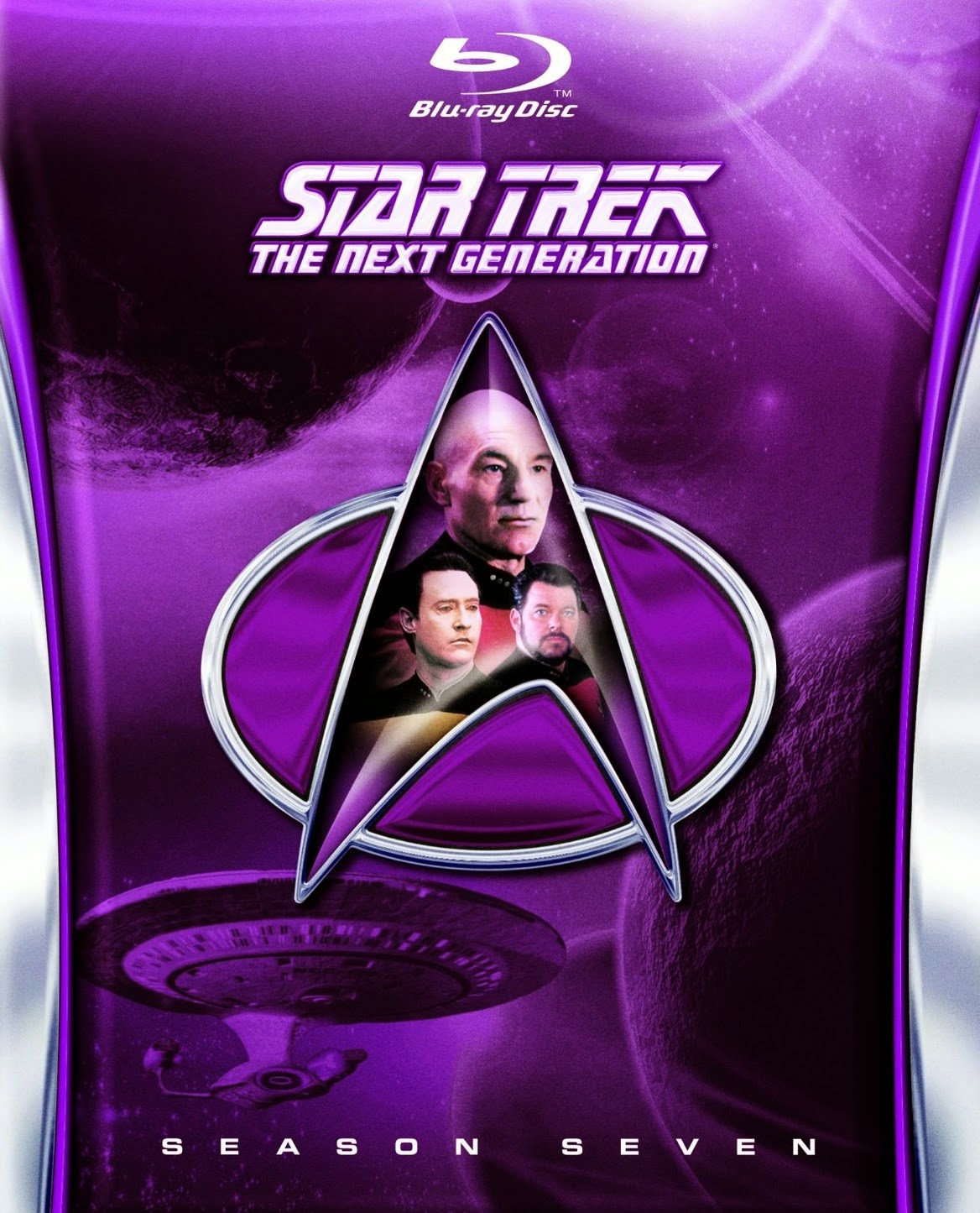 In retrospect it was probably a mistake to have done all of this, plus writing and filming the last twenty-six episodes of TNG, at the same time. The writers, producers and actors were all over-worked and you can see this throughout the season. Season 7 of TNG is the show running on fumes, especially disappointing after the generally excellent sixth season.

The season opens with the disappointing Descent, Part II. Aside from putting Dr. Crusher in command of the Enterprise and defeating a powerful Borg ship, the episode is a huge disappointment, wasting both the Borg and Lore and featuring a poor resolution. Episodes like Liaisons, Interface, Dark Page and Phantasms seem to forget that ST:TNG is a science fiction show and instead spend a lot of time messing around with dreams and illusions. Other episodes like Attached and Inheritance spend time changing character dynamics and relationships when it's simply far too late in the day to resonate strongly. In the midst of the disappointing and mediocre episodes there are also some outright stinkers, like the goofy Genesis and the quite spectacularly horrendous Sub Rosa.

Fortunately, when the show actually remembers it's a science fiction series with an action adventure quotient, things improve markedly. Parallels, which features Worf shifting between multiple realities, is hugely enjoyable. The Pegasus, featuring a pre-Lost Terry O'Quinn as a dubious Starfleet admiral, is a very fine piece of work which makes Starfleet a more morally dubious organisation than previously thought (something Deep Space Nine would later run with). Journey's End and Preemptive Strike do good jobs of both setting up Voyager (although it would later squander the promise shown here) and rounding off the story arcs of recurring characters Wesley Crusher and Ro Laren in expectation-defying ways. Fortunately, the actual series finale itself, All Good Things..., triumphantly pays homage to the seven years of the show and manages the tricky balancing act of engaging in both nostalgia and sentimentality without becoming too over-mawkish. The episode is rammed full of plot holes you could steer the three-nacelled "Super Enterprise D" through, but it's so well done and fun that you don't care. There's also the possible highlight of the season, Lower Decks, which breaks new ground by showing us our familiar heroes from the POV of their subordinates, who aren't always quite so enamoured of them.

The final season of Star Trek: The Next Generation (***½) finds the show struggling to break new ground and is in danger of becoming moribund when a late burst of quality turns things around and (just about) gives the series a good send-off. The season is available now on Blu-Ray in the UK and USA.
Posted by Adam Whitehead at 17:10