Leonard Nimoy, the actor who played arguably the most iconic role in all of science fiction, Star Trek's Mr. Spock, has passed away at the age of 83. 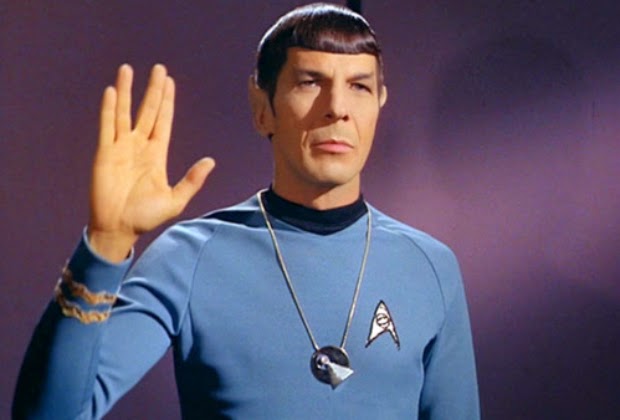 Born in Boston, Nimoy was a veteran of stage and screen before being cast in Star Trek in 1964. He appeared in the pilot episode, The Cage, and has the distinction of uttering the first line ever recorded for the franchise ("Check the circuit!"). The pilot was not picked up but NBC ordered a second pilot episode called Where No Man Has Gone Before. Much of the cast was replaced, but series creator Gene Roddenberry fought to keep Nimoy in the role of Spock even after studio execs objected to the character's scary appearance. Throughout the three seasons of the original Star Trek series, Spock was a central character and a friendly rivalry developed between Nimoy and William Shatner over who would get the most lines. Fans considered the relationship between Nimoy, Shatner and DeForest Kelley's Dr. McCoy as the core of the show and the secret to its success.

After Star Trek was cancelled in 1969, he moved to its studio sister show Mission: Impossible, playing secret agent Paris for two seasons. He had frequent television and film appearances throughout the 1960s and 1970s. Initially appreciative of the opportunities given from playing Spock, he became more ambivalent about the role, blaming it for typecasting. In his first autobiography, I Am Not Spock (1975), he conducts an internal dialogue between himself and the Spock character in an attempt to explore this dichotomy. It is sequel, I Am Spock (1995), he concludes that role was more positive than not.

The ambivalence continued when Star Trek returned in the late 1970s. The initial plan, for a new TV series, would have featured Spock only in an occasional recurring role as a distant mentor to a new Vulcan character, Xon. When the proposed series, Star Trek: Phase II, was cancelled and transformed into a feature film, Star Trek: The Motion Picture (1979), Nimoy was convinced to return to the role. He planned to skip the sequel until the studio and director Nicholas Meyer enticed him to return with the promise of a memorable death scene. Nimoy worried this would be exploitative but was instead stunned by the scale of the response to the scene in Star Trek II: The Wrath of Khan (1982). He agreed to return to both play a 'reborn' version of the character and also direct the next two films in the franchise, Star Trek III: The Search for Spock (1984) and Star Trek IV: The Voyage Home (1986). After the muted response to Star Trek V: The Final Frontier (1989), Nimoy got involved in the writing of Star Trek VI: The Undiscovered Country (1991) and also agreed to appear in a two-part episode of Star Trek: The Next Generation to tie in with the film. Nimoy considered this a fitting capstone to the character and chose not to accept a cameo in Star Trek: Generations (1994), feeling it did not service the character well.


Nimoy continued to act on stage and screen, as well as narrating documentaries and providing voice work for video games. In 2005 he agreed to provide the voice-overs for the hugely successful strategy game Civilization IV, with his vocal performance being highly praised. In 2008 he met with J.J. Abrams to discuss the latter's rebooting of the Star Trek franchise with a new film (released in 2009). Initially he gave advice and approved the casting of Zachary Quinto as the young Spock, but then agreed to appear in a limited role explaining how the new timeline had been created. Quinto later cited Nimoy's presence as being extremely helpful and the two became good friends, appearing in an amusing car advert together. Nimoy enjoyed working with Abrams and writers Alex Kurtzman and Roberto Orci so much that he agreed to appear in a recurring role on their then-ongoing television series Fringe as Dr. William Bell, as well as reprising Spock (for the last time) for a very brief appearance in Star Trek: Into Darkness (2013).

Nimoy's passing has attracted condolences from across Hollywood, American President Barack Obama, co-stars and NASA astronauts, who made their own special salute to the actor from the International Space Station. 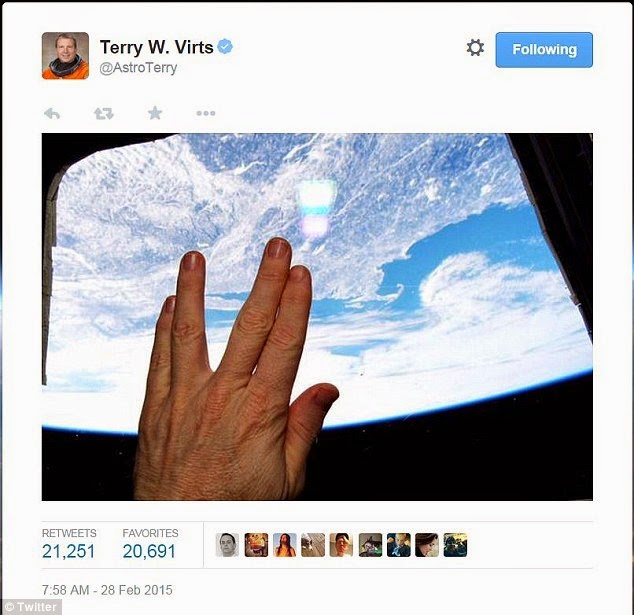 Nimoy passed away on 27 February at his Los Angeles home. He'd been suffering from chronic obstructive pulmonary disease, which Nimoy blamed on the smoking habit he'd only given up in his 50s. Nimoy is survived by his wife, two children, six grandchildren and six great-grandchildren.


"A life is like a garden. Perfect moments can be had, but not preserved, except in memory. Live long and prosper." - Leonard Nimoy, 22 February 2015

A true icon and legend! It's been said over and over, but I'll say it again: In our memories he will live long and prosper!