Guillermo Del Toro has confirmed via Twitter that he is holding active talks with actor Ron Perlman and writer Mike Mignola on the possibility of a third Hellboy movie. 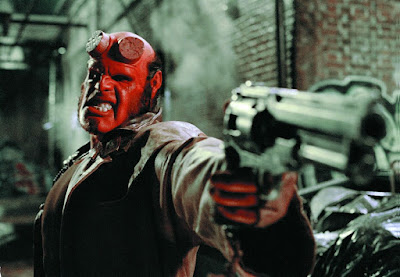 The news comes after Del Toro held a poll on Twitter asking for fans to tweet their support. With over 100,000 positive responses, he agreed to hold talks with Perlman and Mignola on the possibility.

The original Hellboy movie was released in 2004 and was a modest financial success, although it had a strong critical reception. Hellboy II: The Golden Army, released in 2008, was a much bigger box office success. Del Toro chose not to proceed with a sequel, instead directing Pacific Rim (2013), Crimson Peak (2015) and the forthcoming The Shape of Water (2017), as well as producing the TV series The Strain and the Pacific Rim sequel, Uprising, due in early 2018.

The decision to proceed with a further Hellboy movie may have been spurred by Perlman saying he'd be too old to play the role in a few more years, along with renewed fan interest and Mignola bringing the comic series out of retirement a few years ago.

Del Toro has said that a new Hellboy movie would require a budget of around $120 million and this may be difficult to finance, but clearly he thinks there is a good chance it may happen.
Posted by Adam Whitehead at 12:08