CBS has announced that they are no longer wedded to the May launch date for Star Trek: Discovery and the show will instead launch when it's ready. 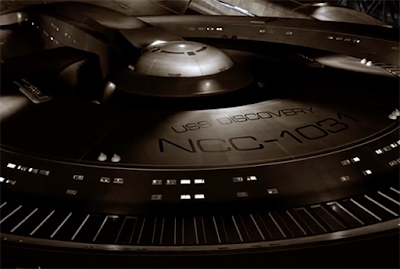 The announcement comes just before the starting of filming, which is due to start on Monday in Toronto, and just after the news that James Frain will be joining the cast as Spock's father, Sarek. It came after a previous delay from January to May, brought about by behind-the-scenes changes (such as Bryan Fuller's departure as showrunner, although he remains attached as co-writer and producer) and a longer-than-expected casting period.

Part of the problem seems to be that CBS was treating this like a prestige cable project, with an enormous budget ($6 million per episode, or more than twice the American average), but also seemed to want it on a standard network turnaround time of just a few weeks from shooting to transmission. Clearly now they've realised that this is not going to be possible and are instead going to give the show time to breathe during production.

Star Trek: Discovery is set about ten years before the events of Star Trek: The Original Series and will depict the voyages of the USS Discovery as it becomes embroiled in an event important to the backstory of the original series (possibly the Four Year War against the Klingons). It will still launch in 2017, possibly the summer, on CBS before moving to CBS All-Access. It will air in Netflix in most overseas territories.

For those who want their space opera fix a bit sooner, the second season of The Expanse launches on SyFy (in the US) and Netflix (almost everywhere else) on 1 February.
Posted by Adam Whitehead at 17:25