Surprising no-one, Obsidian Entertainment have formally announced the development of Pillars of Eternity II: Deadfire, the sequel to their successful 2015 isometric RPG. 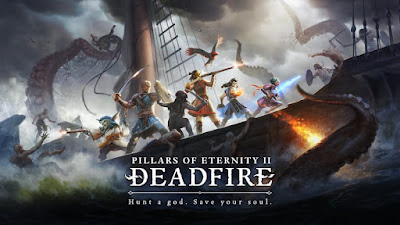 Pillars of Eternity II: Deadfire takes place on the Deadfire Archipelago, an island chain located far to the south of the Eastern Reach, the setting for the first game. The action kicks in when a long-missing god shows up, destroying your castle in the process, and then goes AWOL, leaving you to assemble a new party and follow a trail of clues leading to the Deadfire Archipelago.


Pillars of Eternity II has already been in development for a year, self-funded by Obsidian from profits from the first game. A crowdfunding campaign has been launched on Fig, a new service where crowdfunders can invest for a return of the proceeds.

Pillars of Eternity II: Deadfire seems to be targeting an early 2018 release window.
Posted by Adam Whitehead at 19:25