Peter Capaldi to leave DOCTOR WHO

Peter Capaldi has announced that he will be stepping down from Doctor Who at the end of the upcoming tenth series, his third since joining the show. 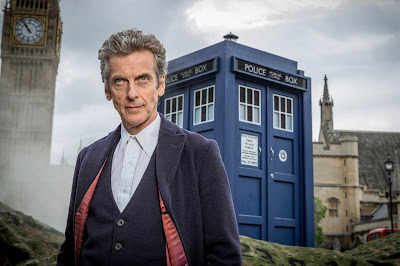 Capaldi joined as the Twelfth (technically Thirteenth, but let's not get into that right now) Doctor in 2014, although he made a brief eyebrow-cameo in the 30th anniversary special the year before. Capaldi was a long-term fan of the show, having sent fan letters to the producers during the 1970s, and had previously appeared in the show as Caecilius in the episode The Fires of Pompeii and John Frobisher in Torchwood: Children of Earth. Before Doctor Who Capaldi had appeared in numerous TV shows, including The Thick of It and Neil Gaiman's Neverwhere, but Doctor Who has given him a broader worldwide profile.

Capaldi's final episode will be the 2017 Christmas special. The hunt will be on for a new actor to take over the role for the eleventh series due in 2018, which will also be the first under new showrunner Chris Chibnall. It is unclear at the moment if Pearl Mackie's new companion character, Bill, will be continuing.

The news means that Capaldi will have the shortest tenure of any Doctor since Christopher Eccleston left the role in 2005 after just thirteen episodes. However, this is some illusory, as it'll only be five episodes less than Matt Smith and seven less than David Tennant. Due to an irregular broadcasting schedule, both Tennant and Smith were the Doctor for a rather longer period of time though (between four and five years apiece).

It was rumoured a few months ago that the BBC were considering a total reboot of the show in 2018, wanting to pair Chibnall with both a new Doctor and a new companion so they could do a big relaunch to help reverse declining ratings and merchandise sales. However, Capaldi claims that he had been asked to stay on for 2018 but had chosen to stand down, citing the show's heavy shooting schedule which limited his ability to take on other roles.
Posted by Adam Whitehead at 22:48