Lucasfilm have confirmed that the next Star Wars movie will be called The Last Jedi. 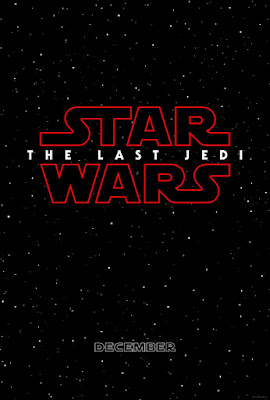 Lucasfilm broke the news this morning. Director Rian Johnson has said that the film actually had that title on its very first script draft, delivered two years ago, and there hadn't been much discussion about it (whilst apparently both The Force Awakens and Rogue One had a bit more discussion to them).

The title sounds ominous, but it's been pointed out that "Jedi" is both singular and plural, so it can refer to Luke Skywalker or his presumed new apprentice Rey, or both.

The new film picks up at the precise moment The Force Awakens ends and will see Luke helping Rey gain control of the Force whilst Supreme Leader Snoke helps heal and (presumably) train his apprentice Kylo Ren, who was seriously wounded at the end of the previous movie. In the meantime, Leia continues to lead the Resistance in its battle against the First Order, presumably aided by Poe Dameron and his plucky X-wing pilots, as well as ex-stormtrooper Finn.

The film will feature the final appearance of Carrie Fisher as General Leia Organa (unless material is held back for Episode IX), as she had completed filming for the movie before she passed away last month. Leia had been scheduled to play a larger role in Episode IX, but Lucasfilm and director Colin Trevorrow have already met to decide on how to proceed. It is understood that CGI of the type used to briefly resurrect Peter Cushing as Grand Moff Tarkin in Rogue One will not be employed.

Star Wars Episode VIII: The Last Jedi will be released on 15 December this year. Episode IX is pencilled in for release two years later, with a "young Han Solo" prequel movie slated for release inbetween.
Posted by Adam Whitehead at 17:10