Polygon on the making of FINAL FANTASY VII

Polygon has published an absolutely massive article about the making of Final Fantasy VII. 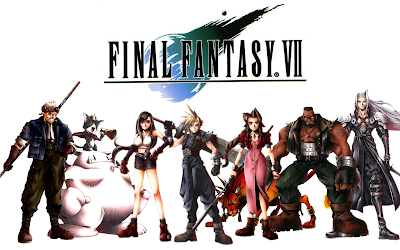 Released on 31 January 1997 by Squaresoft, Final Fantasy VII was a vast, sprawling 3D roleplaying game which has been credited with helping to drive the success of the original Sony PlayStation console. It also popularised the use of advanced CG cut scenes in video games and drove an explosion in the success of Japanese video games in the West. It was also the first Japanese RPG to also be a best-seller on PC, helping drive the current success of the genre on PC and mobile platforms.

Polygon's article is remarkably thorough in talking to those responsible for the game's creation, prototyping, publishing and marketing. It brings together several of the creative forces involved in the game for group discussions of its creation, as well as one-on-one interviews with other personnel. The game also touches on Squaresoft's decision to terminate its relationship with Nintendo to work with Sony (some cite Square's move as helping drive the nail in the coffin of the N64 console) and the difficulties faced in marketing Japanese titles in the US and European markets.

A fine piece of video games journalism and well worth a read.

Square is currently working on a high-tech remake of Final Fantasy VII for modern consoles (and probably PC). The game is not expected to be released until 2018 or 2019. Final Fantasy XV was recently released on PlayStation 4 and X-Box One, with a PC version rumoured for later this year or next.
Posted by Adam Whitehead at 20:02