Acclaimed British actor John Hurt has sadly passed away at the age of 77. 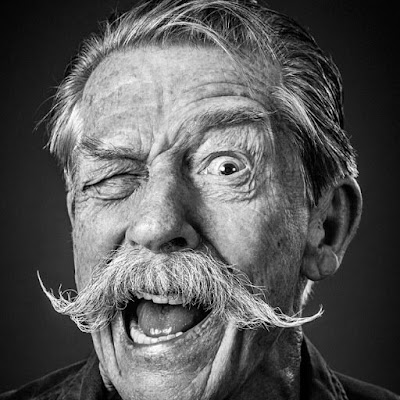 John Hurt had many, many impressive and famous roles, of genre interest and not, in a career spanning six decades. He first rose to note in the role of Richard Rich in A Man For All Seasons (1966), followed by playing Quentin Crisp in The Naked Civil Servant (1975), the Emperor Caligula in the BBC adaptation of I, Claudius (1976) and John Merrick in The Elephant Man (1980), the film that brought himself and director David Lynch international fame.

Just before that he played the role of Kane in Ridley Scott's Alien (1979), gaining the honour of being the first-ever victim of the alien monstrosity. Arguably, this is the single most memorable screen death scene in the history of cinema. In Mel Brooks's Spaceballs (1987) he reprised the role, with the killer line "Oh no! Not again!"

He also gained acclaim for his role as Winston Smith in Nineteen Eighty-Four (1984) and as a voice actor, playing Hazel in Watership Down (1978) and Aragorn, son of Arathorn, in Ralph Bakshi's animated version of The Lord of the Rings (1978). He also portrayed the voice of the Great Dragon in the BBC TV series Merlin from 2008 to 2012, and provided the opening narration for every episode. He also had a memorable turn in the Jim Henson series The Storyteller (1988) as the titular character.


A lengthy career on stage, television and in film followed, with him gaining a whole new fanbase when he played the role of Mr. Ollivander in Harry Potter and the Philosopher's Stone (2001) and Harry Potter and the Deathly Hallows, Part II (2011). Additional roles followed in Hellboy (2004), V For Vendetta (2006) and Indiana Jones and the Kingdom of the Crystal Skull (2008).

In 2013 John Hurt achieved an impressive distinction when he was cast in Doctor Who. He portrayed the "War Doctor", a hitherto unknown incarnation of the Doctor that existed between the Eighth and Ninth incarnations, revealed as part of the show's 50th anniversary celebrations. He has since reprised the role for three audio plays, with a fourth due for release next month. In doing so he became the twelfth actor to portray the role on television, and sadly now the fourth television actor to play the role to pass away.

John Hurt was one of Britain's very finest actors, noted for his varied, nuanced performances and his equal capability with drama, tragedy and comedy. He will be very much missed.
Posted by Adam Whitehead at 02:16