At the Television Critics Association press tour, HBO have confirmed that the second season of Game of Thrones will commence airing on 1 April, 2012. Assuming no breaks, this means the season will conclude on 3 June, 2012. 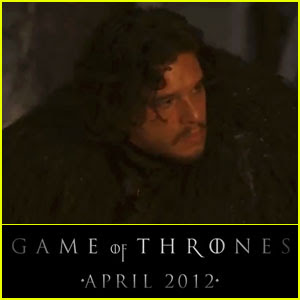 The currently known information for Season 2 is as follows:

The bulk of the season will be written by producer/showrunners David Benioff and D.B. Weiss. At least one episode will be written by script editor Bryan Cogman. Other writers have not yet been announced.
Posted by Adam Whitehead at 19:15

Great to hear it's been confirmed. I'm hoping to spot myself in the background as well. Roll on April!

I couldn't find an answer and maybe there isn't but is season 2 going to cover the second book or are they going to slow down the pace of the series?

Its going to cover the second book... season 3 and 4 are planned to split book 3 (if they get the go ahead).