GoT Season 2 UK airdate and a Golden Globe Award 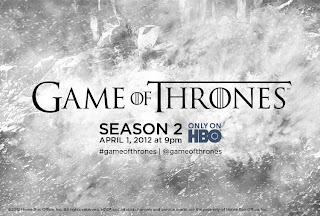 HBO has previously confirmed that Game of Thrones will return for its second season in the USA on 1 April 2012. This has now been backed up by Sky Atlantic saying the season will start airing in the UK on Monday, 2 April 2012, less than 24 hours after US transmission. 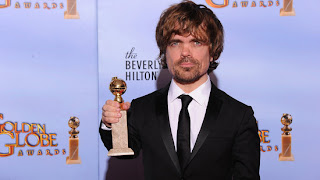 Meanwhile, Peter Dinklage has won the Golden Globe Award for Best Supporting Actor for his role as Tyrion Lannister, adding to his already-impressive Emmy Award for the same role. Dinklage thanked George R.R. Martin, David Benioff, D.B. Weiss and his family in the speech, but also paid tribute to Martin Henderson, a British dwarf who'd been injured in a mean-spirited prank, resulting in the incident becoming a trending topic on Twitter and making headlines all over the world.

Thrones failed to win the coveted Best Drama Award, however, which went instead to Homeland.
Posted by Adam Whitehead at 11:16

Well, if a series did have to win over GoT, Homeland is an excellent choice. I was pleased.