It's been known for a while now that a fresh 'reboot' of the X-Com games is in the offing. The new game, entitled simply X-Com, will be released in 2012 and is a first-person shooter. This has disappointed long-standing fans of the franchise, who'd been hoping for a new turn-based strategy game. 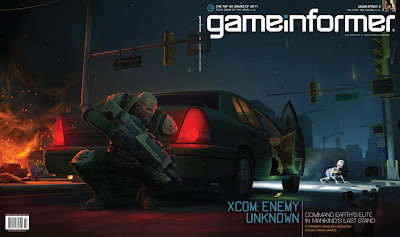 In a surprising - and awesome - move, it has now been revealed that a new turn-based strategy game is on the way. Firaxis, the makers of the Civilization series of games, are remaking the original X-Com: Enemy Unknown with modern graphics but otherwise leaving the core gameplay of the original, classic title intact. More information will appear in the next issue of Game Informer in the USA.

Splendid news! The original X-Com games were awesome, and a full-on modern remake is a tantalising prospect, one that was thought hopeless after news of the FPS game broke.
Posted by Adam Whitehead at 21:11

Wow. Never would have thought this would happen.