News on THE WITCHER books

After a lengthy delay, the English translation of Andrzej Sapkowski's Witcher series is to resume publication in 2012. 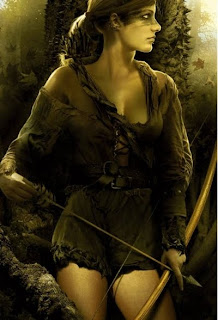 The Witcher sequence comprises a five novel series and two short story collections relating the adventures of Geralt, a witcher (a monster-hunting warrior who can also use forms of magic). The books were published in Sapkowski's native Poland in the 1990s, and have gone on to be an enormous success in numerous other languages. The English translations began in 2007 with the publication of The Last Wish, the first short story collection, by Gollancz (in the UK) and Orbit (in the USA). Oddly, the publishers skipped the second short story collection (Sword of Destiny) to release the first full novel, Blood of Elves, in 2008. Both books were successful, with Blood of Elves winning the inaugural David Gemmell Legend Award in 2009.

The second novel, Time of Contempt, was scheduled for publication in 2009, but failed to appear. Apparently copyright and legal issues arose between Gollancz, the Polish publishers, Sapkowski's agent and the translator which proved complex to unravel. This delay was unfortunate, with the publishers missing a key opportunity to tie in with the release of The Witcher II: Assassin of Kings, a computer role-playing game based on the books which won immense critical acclaim and has sold millions of copies around the world.

According to Gollancz, the English translation of Time of Contempt will finally appear in August 2012. The book sports a cover by artist Alejandro Colucci, although, just to be really confusing, it isn't new. Instead, it previously graced the Spanish-language translation of the third novel, Baptism of Fire. Presumably the other books in the series will also use Colucci's existing artwork.
Posted by Adam Whitehead at 21:06

And the cover features the character Milva, who actually doesn't appear in Time of Contempt yet. Sigh...