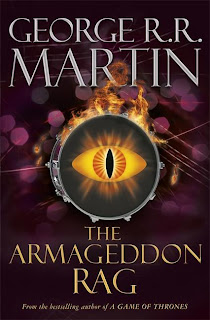 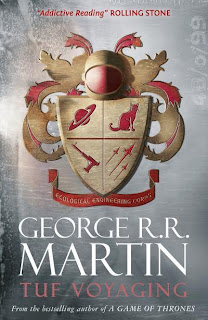 Gollancz in the UK are reissuing their George R.R. Martin books in new covers. Neither The Armageddon Rag nor Tuf Voyaging have been available in UK editions for well over twenty years. Incidentally, the Eye of Sauron is on the cover of The Armageddon Rag as it's about a rock band called the Nazgul. 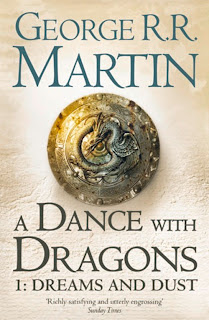 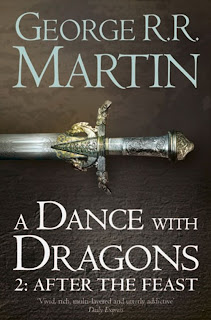 Seems a bit unwieldy. I think Voyager need to find a way of getting ASoS and ADWD in one paperback volume apiece. If much larger books in the UK can be published as one volume (Hamilton's The Naked God, several of Diana Gabaldon's novels, most things by James Clavell), then so can these. 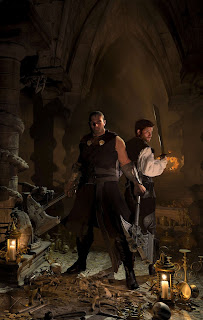 Meanwhile, there's the first non-tie-in, original novel by Paul S. Kemp, The Hammer and the Blade: Tales of Egil and Nix, on its way from Angry Robot Books in July. 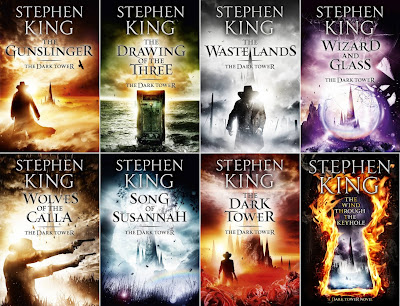 Finally, Stephen King's Dark Tower sequence is getting a new lick of paint for its UK editions. These should be percolating onto shelves in the near future.

Oh my. I love those Dark Tower covers :(

I only just finished getting my set in matching covers though, which is a bit annoying. Argh!

That dude in the Kenp artwork has very strong wrists.

I absolutely love the Tuf Voyaging cover... Keeping with GRRM's tradition of melding science fiction and fantasy together (i. e. the "furniture rule"), this really is mythical.

The Armageddon Rag was one of the first G R R Martin books I ever read. Well worth the time.

My paperback edition of A Dance with Dragons has arrived and it's a single complete volume. I was led to believe it wouldn't be available like this. very pleased I have to say!!