Ciarán Hinds is Mance Rayder in GAME OF THRONES

After a significant amount of speculation, HBO has announced that Ciarán Hinds will be playing the role of Mance Rayder in the third season of Game of Thrones (and, based on the books, presumably for several seasons afterwards). 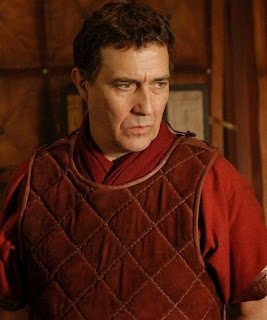 Ciarán Hinds is a distinguished Irish actor with a long history on stage, television and film. His film work has included roles in John Boorman's Excalibur, Persuasion, Munich and Miami Vice. On TV, he was a main character in the BBC mini-series version of Ivanhoe and Channel 4's Cold Lazarus (the final work by the famous Dennis Potter) before achieving arguably his career highlight of playing Gaius Julius Caesar in HBO's Rome. Hinds's performance as the infamous Roman leader was flawlessly compelling, making the complex character come to life. Hinds's Caesar is, for my money, the definitive depiction of the character. More recently he played Aberforth Dumbledore in Harry Potter and the Deathly Hallows, Part 2 and was reunited with Daniel Radcliffe in The Woman in Black. 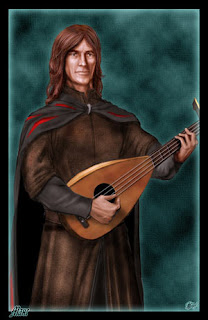 Mance Rayder is a much-mentioned character in the first two seasons of Game of Thrones. He is a former member of the Night's Watch who ultimately found the rules and regulations of the order too much to bear. He turned his cloak and left the Wall to seek a new life amongst the wildlings. Over a period of several years, he rose to become a respect chieftain and battle-commander, and eventually was proclaimed the King-beyond-the-Wall by acclamation. At the end of Season 2 of Game of Thrones, he has assembled an army of thousands of wildlings in the Skirling Pass for unknown reasons.

This is excellent news. I've been a fan of Ciarán Hinds's work for almost two decades and he will be a tremendous asset to the production. It's true that Hinds is older than Mance in the books, but it's also true that we knew the character was going to be older anyway: Mormont spoke of Mance as a near-contemporary in earlier episodes and in Season 1 we learned that Mance was King-beyond-the-Wall more than a decade before the events of the series, making him substantially older than in the books. Dominic West, who was offered the role but declined, would have been a fine Mance, but I think Hinds has the potential to be an even better one.

Hinds is the second Rome alum to be cast in Thrones. Tobias Menzies, who played Brutus in Rome, has also been cast as Catelyn Stark's younger brother, Ser Edmure Tully. Both can be seen in this excellent scene from the first season (as first pointed out by Westeros.org):

I am in the middle of season 1 right now on HBOGO, I hadn't watched Rome since it was on, but I agree about Hinds portrayal of Caesar. It's amazing and this is fantastic news.

Now if we can only get James Purefoy for something...

Err... while it's true he was in Miami Vice, personally I'd prefer to list "Tinker, Tailor, Soldier, Spy", "Road to Perdition", and "There Will Be Blood".

Amazing news, indeed, and good clip choice to point out why!

He's also in this current series on USA Network called "Political Animals"... my wife watches it, he's pretty good in it.