Planes and automobiles in GTA5 (no trains yet) 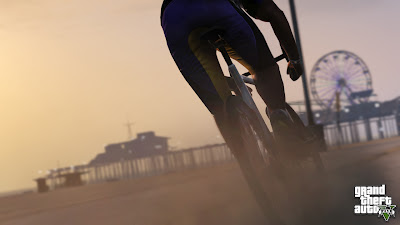 It looks like push-bikes will be back in the game. 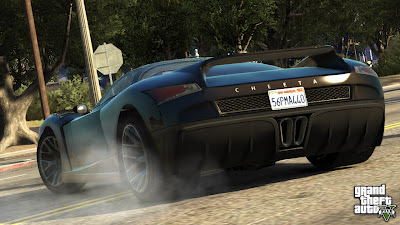 Along with, unsurprisingly, cars. This is the GTA5 version of perennial series favourite, the Cheeta. The 'San Andreas' plates have gotten the Internet worked up, before it was pointed out that Los Santos is still in San Andreas State and would still have San Andreas plates, regardless of how much of the state actually appears in the game. 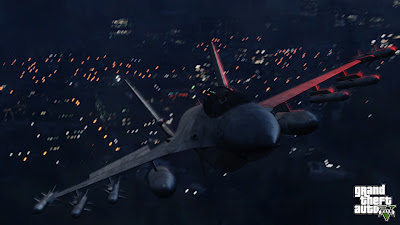 Also, jet fighters laden with missiles. Something tells me that GTA5 is easing off on its predecessor's slightly more realistic take and might be headed back to the wackiness of San Andreas.

Rockstar have also said they will be releasing more pictures later this week, along with a new trailer in the near future. However, they have still not mooted a possible release date for the game (though May 2013 is widely speculated).
Posted by Adam Whitehead at 16:49