Microsoft and NBC may resurrect HEROES

There are many TV shows that have ended before their time and fans want to see them back. Squarely not amongst that number is NBC's Heroes. Airing for four seasons in 2006-10, Heroes was infamous for having an excellent first season and then suffering a catastrophic collapse in quality. When the show finally slinked off the air, few people cared. 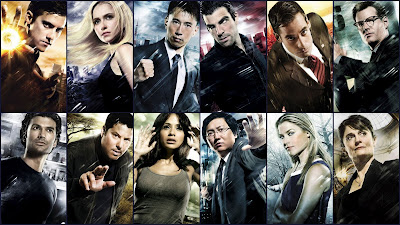 However, Microsoft and NBC are in discussions to resurrect the show. The thinking is to bring it back as a Netflix-style on-demand series, a bit like House of Cards, but which will air exclusively on Microsoft's download service. This service will launch with the next X-Box (but will probably also be available via the existing X-Box 360) and form part of Microsoft's multimedia-device strategy for their new machine.

Whilst a nice idea, I don't think a new Heroes - even one with a mostly new cast and possibly new producers - is the show to do it with. The show's reputation is in shambles and its return would not really excite that many people. Microsoft would be better off partnering with, say, SyFy and maybe trying to bring a different type of superhero show to the screen... 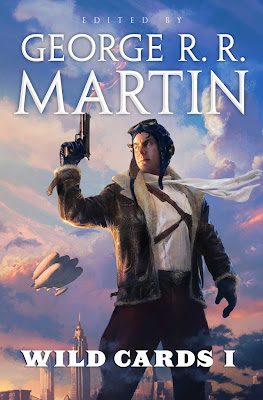 Now that might work.
Posted by Adam Whitehead at 20:42

Email ThisBlogThis!Share to TwitterShare to FacebookShare to Pinterest
Labels: heroes, microsoft, this will probably suck but you never know, wtf

But how would Microsoft make money off the show?

Catchphrase: "Don't believe me? Bing it!"

The buyer will subscribe to the Microsoft streaming service (probably a derivative of X-Box Live Gold, if not simply that itself) for a set amount per month to access a lot of content, or will buy individual episodes for one-off payments. They also get a slice of eventual DVD/Blu-Ray sales.

This is pretty much how Netflix did it for HOUSE OF CARDS, and Microsoft will likely just do the same thing.

I was being sort of facetious about the money aspect.

Honestly, a value-added service is the smartest thing that Microsoft can do right now. It gives people more of a reasons to stick with xbox live, when Sony is offering a similar service for free.

I just wonder at the rationale behind choosing Heroes. It seems like a selection done to satisfy a CFO's criteria. If they want attention, they need to go ballsy and risky; something akin to Game of Thrones, The Walking Dead, or House of Cards than just the blandly forgettable Heroes.

The reputation of Heroes is to my mind a classic case of accepting the common belief about something. It became far less popular. You can choose to believe whether or not it became far less awesome. There are some fans who enjoyed the later seasons.

I think Heroes is more brand-recognizable than Wild Cards is, though. And it's been off the air long enough that it will have already started to be able to capitalize on the nostalgia of it's fairly young audience.

I thought season four was stronger than the previous one. I was somewhat annoyed by the cancelation of the show. Heroes wasn't one of my favourite series, but it was always entertaining.

Yea, the first season of Heroes was awesome.

Then they did predictable stupid stuff like resurrecting the villain for season 2, having too much time travel destroy the plot, do the whole the good guy becomes evil and the evil guy becomes good "edgy" switch.

In short the whole thing degenerated into the convoluted mess most sci-fi/fantasy television shows end up as. Only here it happened even a lot faster than usual.

I stopped watching halfway through the second season. It wasn't even an active choice, I just missed an episode one week and didn't bother to catch up again.