Two forthcoming releases have had their cover art revealed. First up is On the Steel Breeze, the second novel in Alastair Reynolds's Poseidon's Children sequence and the sequel to last year's Blue Remembered Earth. On the Steel Breeze will be out on 15 August: 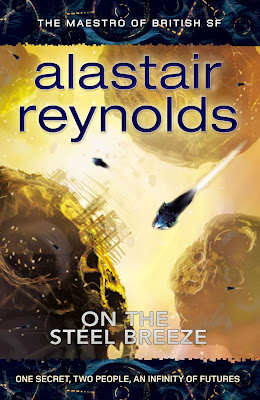 Second is the fourth and concluding volume in the Tales of the Ketty Jay sequence by Chris Wooding, The Ace of Skulls. This book is set for release on 19 September: 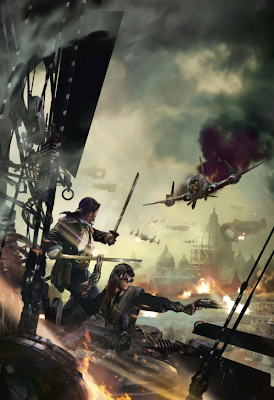 Wooding has also provided an update for American fans of the series. The much-delayed third volume, The Iron Jackal, will be published by Titan in March 2014 and The Ace of Skulls in August 2014.
Posted by Adam Whitehead at 13:11