Steven Erikson's Fall of Light, the second novel of The Kharkanas Trilogy and the sequel to last year's excellent Forge of Darkness, has had a provisional release date set. The current date is 2 January 2014. 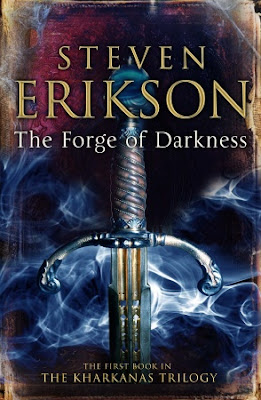 Erikson's comrade in arms, Ian Cameron Esslemont, also has a new book tentatively scheduled for November 2013. This book is bearing the title City in the Jungle, a working title for his previously-published Blood and Bone, and fans are speculating this is actually the book formerly known as Assail and will be the last one in Esslemont's Novels of the Malazan Empire series.

As usual, these dates are not yet 100% confirmed. No cover art has yet been unveiled.
Posted by Adam Whitehead at 10:02