THE WITCHER likely to hit Netflix on 8 or 15 November

Netflix have still not set a release date for their TV series based on Andrzej Sapkowski's Witcher novels, but there's a big clue that either 8 or 15 November is the most likely date. 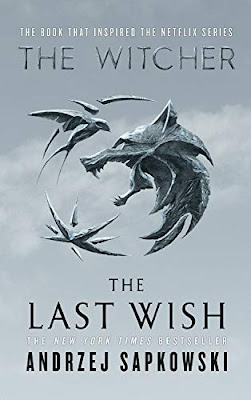 Both Orbit in the United States and Gollancz in the UK are releasing new editions of the first Witcher book, The Last Wish, with artwork inspired by the TV show. The UK edition lands on Thursday 7 November and the US edition on Tuesday 12 November.

As Netflix mostly release their shows on Fridays, that makes either 8 or 15 November the most likely date to release the first season.

More news as we get it.
Posted by Adam Whitehead at 17:43