GoG are running a literal giveaway where you can pick up a copy of Freespace 2 for exactly nothing. The giveaway is running for the next two days. 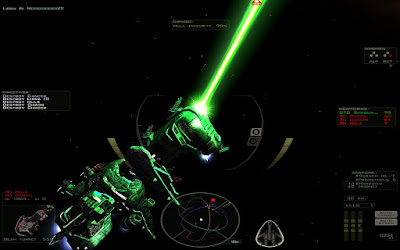 The giveaway is celebrating the 20th anniversary of the release of Freespace 2 on 30 September 1999. Freespace 2 is, succinctly put, the greatest space combat game ever made, achieving some kind of towering apotheosis in the genre that caused it to effectively implode shortly afterwards. The slightly different space trader genre continued (via Freelancer, the X: Beyond the Frontier series and the recent Elite: Dangerous) but after a few noble efforts (Starlancer, Tachyon: Beyond the Fringe) the space combat genre spluttered out of existence. Attempts to resurrect it have had mixed results, with the first big challenger likely to be Squadron 42 (part of the wider Star Citizen project), which does not have a scheduled release date at present.

The game's strength is in its instinctive flight model, it's still-impressive graphics and its moody, atmospheric storyline, which pits humanity and an allied alien race against the enigmatic Shivans and a fifth column of human traitors. The game is a sequel to Conflict: Freespace - The Great War (1998) and its expansion, The Silent Threat (1998), both playable in the Freespace 2 engine via mods. The game's mod scene is phenomenal, updating the graphics, adding new campaigns and allowing players to play total conversion mods, including one set in the Battlestar Galactica universe.

For absolutely nothing, the game is well worth picking up.
Posted by Adam Whitehead at 19:03

SQUADRON 42's first release date was 2017, so I think some scepticism about the actual release date is to be expected. 2021 sounds realistic so far.

TIE FIGHTER is a greater space combat sim and may solidly be in the #2 slot (although X-WING: ALLIANCE is in many respects the stronger game, just with a cheesier story), but FREESPACE 2 is the better game.