First look at CBS's unexpectedly topical adaptation of THE STAND

CBS may have found reality adhering rather uncomfortably close to fiction when their nine-part adaptation of a Stephen King novel about a global pandemic was forced to shut down due to...a global pandemic. 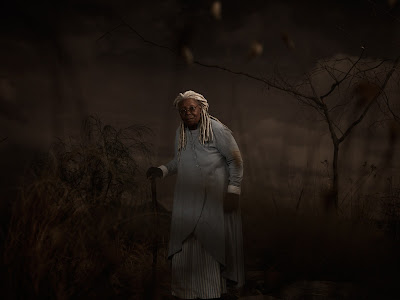 Whoopi Goldeberg as Mother Abigail, the enigmatic old lady who gathers the survivors together.

Fortunately, their take on The Stand was only four days from wrapping when the shutdown happened and they are hopeful that the work that still needed to be done can be picked up relatively quickly as soon as shooting restrictions are lifted.

CBS's version of the story differs from both the original 1978 novel and the 1994 mini-series starring Gary Sinise and Molly Ringwald. The new version starts in media res, with the "Captain Trips" virus having already struck and wiped out 99% of the global population. In the United States, where the population has been reduced to just three million scattered across a vast continent, several communities have survivors have gathered, the most prominent in Boulder, Colorado. This community, which is trying to survive through cooperation and hard work, finds itself opposed by a much darker group holed up in Las Vegas, Nevada, where the darker excesses and urges of humanity have been given free reign by a mysterious, charismatic stranger named Randall Flagg (Alexander Skarsgard).

The new mini-series will focus on characters in both groups, relaying their backstory through extensive flashbacks that will inform the choices they make in the present. 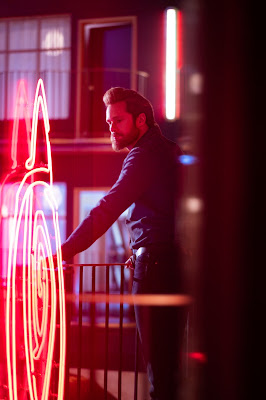 The Stand, produced by Benjamin Cavell and Taylor Elmore (Justified) and directed by Josh Boone (The Fault in Our Stars, The New Mutants), will be released on CBS All Access in the United States in late 2020. It is assumed that either Netflix or Amazon Prime will pick up the international distribution rights, but this has not been confirmed yet.
Posted by Adam Whitehead at 14:40

This looks so fucking dumb. The first two thirds of The Stand is in my top 5 books and honestly the miniseries with Gary Sinise, Molly Ringwald, and Jamey Sheridan wasn't too bad. Especially for an adaption of a Stephen King story. They usually suck. This is another remake that didn't need to happen. One thing they could have done better was to make Harold Lauder fat like he is supposed to be and they didn't even do that.This is going to be worse than the Dark Tower movie.

Very interesting timing indeed. I wonder if people will tune in especially much now that the premise is so eerily close to what's been happening in the real world, or whether they will stay away from it because they already have enough pandemic going on in real life...