Avatar: The Last Airbender - probably the greatest fantasy TV show of all time - has returned to Netflix. 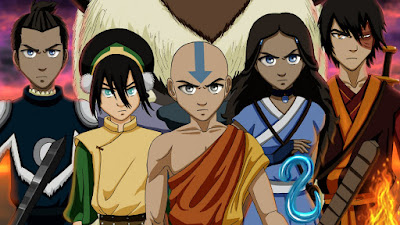 Nickelodeon's animated series ran for three seasons and 61 episodes from 2005 to 2008. The show tells the story of a world where magic is divided between the four elements, with one spiritual paragon, the "Avatar," born into each generation who can master all four. After being frozen in an iceberg for a hundred years, Avatar Aang returns to find a world out of balance, with the ruthless Fire Nation engaged in a war of conquest against the other nations. Aang sets out to defeat the Fire Lord and restore balance to the world.

The series has been highly praised for its characterisation, worldbuilding and storytelling, as well as its intricate magic system and set-piece magical confrontations.

Avatar also spun off a sequel series, The Legend of Korra which ran for four shorter seasons and 52 episodes from 2012 to 2014.

Avatar: The Last Airbender left Netflix a few years ago in favour of a run on Amazon Prime Video, but Netflix has reacquired the rights as part of its deal with Nickelodeon which also includes a live-action remake of the series. This was in pre-production with filming due to start imminently when the coronavirus pandemic broke out.

The Legend of Korra, for the time being, is not included in the deal and remains on Amazon Prime Video in most territories.
Posted by Adam Whitehead at 16:57

Email ThisBlogThis!Share to TwitterShare to FacebookShare to Pinterest
Labels: avatar: the last airbender, netflix, news, nickelodeon, the legend of korra

I guess just for US? I can't find it in here (Norway).