Henry Cavill to resume his role as Superman

In a surprise move, Henry Cavill is in serious talks with Warner Brothers about resuming his role as Superman in the DC Movie Universe. 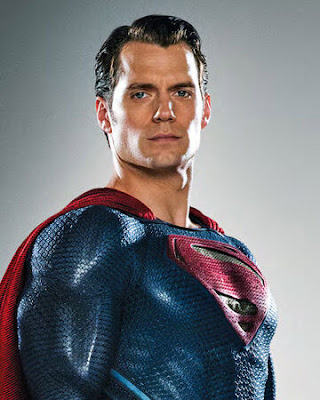 Cavill first played the role in the risible Man of Steel (2013), although Cavill himself was fine in the role, his role was just badly written and indifferently directed. He reappeared as the co-lead in Batman v Superman: Dawn of Justice (2016), alongside Ben Affleck's Batman, and then in a supporting role in Justice League (2017). Multiple discussions over a new Superman solo movie stalled and the fate of the DC Movie Universe was thrown into doubt after Affleck quit as Batman. However, with several more films in the setting doing extremely well (Wonder Woman, Shazam! and Joker, although the latter's place in the extended universe canon seems debatable), it appears that Warner Brothers have decided against a full reboot as yet and are keener to retain the services of one of their big hitters.

Cavill's growing stardom outside the role has also likely played a role. Cavill picked up great notices for his appearances in films such as Man from U.N.C.L.E. (2015) and Mission Impossible: Fallout (2018), as well as the TV series The Witcher. Cavill has also gained a lot of "geek-cred" for his social media appearances discussing his love of video games and painting Warhammer miniatures (to the point where a character based on Cavill is appearing in next month's Total War: Warhammer II update), which DC would like to tap into.

Apparently Warner Brothers are still cool on a new full solo Superman movie, instead envisaging Superman's role going forwards as a bit like the Hulk's in the MCU, as a solid supporting player. Indeed, Cavill was meant to appear in Shazam! in a brief cameo, but his appearance was pulled late in the day. It sounds like Warner Brothers are now keen to bring him back into the fold and see how he does, with a view to revisiting the solo movie option further down the road.
Posted by Adam Whitehead at 20:07