LORD OF THE RINGS: THE SECOND AGE given greenlight to resume filming in August

Production of The Lord of the Rings: The Second Age (not the final title) is set to resume in August after the New Zealand government approved precautions to put in place for the shoot. 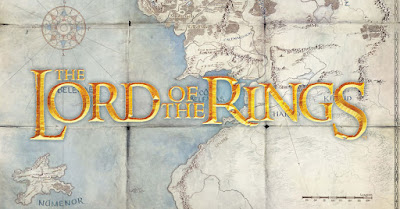 Production of The Second Age had been underway at production facilities in Auckland for several weeks when it was halted in mid-March due to the global pandemic outbreak. The bulk of the first two episodes had been shot, and a five-month hiatus had been baked into the schedule after March anyway, so the production schedule for the show had not been as adversely affected as other projects.

New Zealand has had arguably the greatest success of any country in the world in containing and controlling the pandemic, putting in place a strict lockdown which has severely restricted the spread of the virus and keeping the number of deaths extremely low at just 21 (compared to 93,000 in the United States and 36,000 in the UK, both still growing). With very few cases reported in recent weeks, the country has undertaken a gradual easing of lockdown measures (with no reported spike in new cases).

Filming will be dependent on cast and crew flying in from overseas self-isolating for two weeks before beginning filming, with regular testing.

It is anticipated that the first two seasons of The Second Age will shoot back-to-back, totalling twenty episodes in total, with the first season expected to air on Amazon Prime in late 2021 or early 2022.

Production is also expected to resume imminently on James Cameron's Avatar movie series. Filming was well underway on Avatar 2 and Avatar 3 (which are shooting back-to-back in New Zealand) before the pandemic delayed things. Cameron and his team have continued working on the film's ambitious digital effects remotely. Avatar 2 is planned for release in December 2021 with Avatar 3 to follow in December 2023. Avatar 4 and Avatar 5 have also been greenlit with planned 2025 and 2027 release dates, but production on them has not yet begun.

Filming restrictions have also begun to ease in the Czech Republic, with Carnival Row set to resume filming it second season in the next few weeks and The Wheel of Time also set to resume shooting a bit further down the line (with the speculative possibility of wrapping up Season 1 being folded into the shooting of Season 2, which was expected to start in late 2020 anyway).
Posted by Adam Whitehead at 13:48