DUNGEONS AND DRAGONS movie gets yet yet another creative shake-up

The never-ending saga of the Dungeons and Dragons reboot film grinds on, even against a backdrop of global crisis. 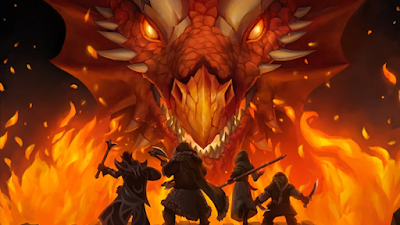 As reported previously, the D&D movie had been given a creative shake-up last year with Chris McKay departing as writer and director, to be replaced by Jonathan Goldstein and John Daley (writers on Horrible Bosses, Horrible Bosses 2, Vacation, Spider-Man: Homecoming and writer-directors on Game Night) as co-directors. Michael Gillio had been tapped to write.

Gillio is now out, with Goldstein and Daley tapped to both co-write and direct. This has already caused some concern, as their writing and sold directorial credentials have range around broad comedies rather than dramatic genre movies. However, their one exception is their writing credit on Spider-Man: Homecoming, which was a pretty good movie, which is encouraging. Even more encouraging is that they have now been joined by Jeremy Latcham as an executive producer. Latcham was formerly a key producer on the Marvel Cinematic Universe movies and has some form with helping assemble enjoyable genre movies with ensemble, star casts.

The Dungeons and Dragons movie has an official release date of 23 July 2021, but with production not yet underway and unable to resume until after the current coronavirus pandemic ends, it is highly unlikely it will make that date.
Posted by Adam Whitehead at 19:00

Email ThisBlogThis!Share to TwitterShare to FacebookShare to Pinterest
Labels: dungeons and dragons, hasbro, news, wizards of the coast

I feel like you’ve been writing about this movie for years. Is there any chance it’s not going to be a box office bomb?