Frontier Developments have confirmed they are working on a real-time strategy video game based on Games Workshop's Warhammer: Age of Sigmar fantasy setting. 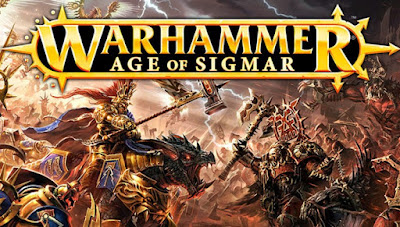 Frontier are best-known for their online space game Elite: Dangerous, but have recently branched out with a series of well-received management games, starting with Planet Coaster and Planet Zoo, as well as the dinosaur sim Jurassic World: Evolution. They haven't tackled the RTS genre before, but it is at least somewhat in their wheelhouse.

The game isn't due for release until late 2022 or early 2023, around the same time that Games Workshop is due to relaunch the fantasy line as Warhammer: The Old World. It is unclear if Age of Sigmar is continuing as a separate line or will coexist alongside The Old World.
Posted by Adam Whitehead at 21:58