After months of discussion, it's now been confirmed that Taika Waititi will co-write and direct a new Star Wars film for Lucasfilm and Disney. 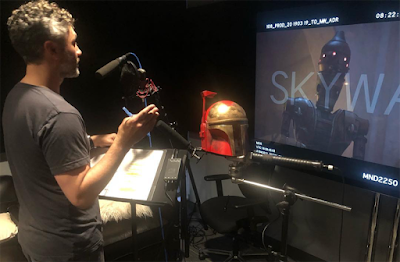 The film will be co-written with Krysty Wilson-Cairns (1917, Penny Dreadful). Waititi will begin work on the film once production wraps on his MCU movie Thor: Love and Thunder, which has a tentative release date of 11 February 2022 (pandemic permitting).

Waititi has already dipped his toes into the Star Wars universe, having worked as a director on the first season of The Mandalorian. Waititi is much in demand, also working as a producer and director on What We Do in the Shadows, recently wrapping his latest feature Next Goal Wins and developing an Akira movie for Warner Brothers, although it's likely that this will now move to another director given that this news keeps Waititi busy likely for the next four years or so.

No further information has been provided about the film, such as a setting or timeframe. It's also unclear if this will be the same movie that Marvel head honcho Kevin Feige will be producing, although given Waititi's solid relationship with Feige this is is possible.

Lucasfilm still have a release date of 16 December 2022 pencilled in for their next Star Wars movie, originally the film to be written and directed by Game of Thrones producers David Benioff and Dan Weiss. With them moving to Netflix to develop a new television series and both Waititi and Rian Johnson (who had a movie trilogy in development with Lucasfilm) busy with other projects before they can get back to Lucasfilm, it's probable that this date will no longer be hit and we'll be lucky to see a new Star Wars movie much this side of 2024.

Akira fans may be sorry to see Waititi likely depart their project, since he was planning a faithful adaptation of the original manga set in Japan, but can take solace from the 4K remastered set of the original film, which is due to hit shops in Japan any day now.
Posted by Adam Whitehead at 16:41