MAFIA, one of the best video games of all time, is getting a full remake this year

In highly surprisingly but welcome news, Take Two have confirmed that their classic 2002 video game Mafia has been completely remade for modern PCs and consoles and will be released in August. More modest upgrades of Mafia II and Mafia III are also being released. 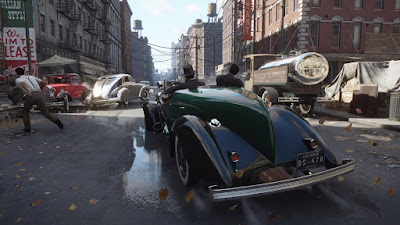 Mafia (2002) was written off by many as a Grand Theft Auto clone on release, although it is only superficially similar. Set in 1930 in the fictional city of Lose Heaven, the game focuses on Tommy Angelo, a cab driver who inadvertently helps some gangsters get out of a sticky situation. They extend their gratitude and ask Tommy to work for them as a driver. Tommy is reluctant to get drawn into a life of crime, but as he is completely broke he feels he doesn't have much choice. He rises through the ranks of Dan Salieri's organisation, which is based on family, loyalty and respect...until that interferes with profits.

Mafia didn't reinvent the wheel story-wise even back in the day, but what it did do was use an advanced graphics engine (which left contemporaries like GTA: Vice City looking archaic in comparison) to create believable, 3D characters who could emote somewhat believably and use that to tell an intense story of family, love, betrayal and revenge. The game was not an open world title as such, instead progressing through a linear series of missions linked by impressive cut scenes. Once complete, a "Free Ride" option was triggered which allowed the player to explore the city at their leisure and engage in activities such as working as a taxi driver. The game was notable not just for its incredible (for the time) graphics and impressive writing and acting, but also it's very solid combat (based on the same developer's Hidden and Dangerous WWII games) and its impressive driving, which really got across the feeling of these older, heavier cars. 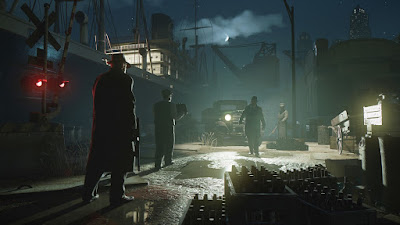 The game also featured something that we haven't really seen since in an open world game, namely a constantly-evolving environment. As the game progresses over a period of five years or so, old buildings are torn down and new ones are thrown up, and several new skyscrapers being construction. The cars also dramatically improve over the course of the game.

Mafia II (2010) was set in Empire Bay in 1945 and 1951 and told the story of a young war hero, Vito, who also gets drawn into a life of crime. The game tried hard not to repeat things from Mafia, with Vito remaining a low-life hoodlum throughout the game and being, how shall we say, considerably dumber than Tommy. The game had great combat and looked better graphically, but in almost every other way it was a huge letdown compared to the first game.

Mafia III (2016) was set in New Bordeaux in 1968 and focused on Lincoln Clay, an African-American Vietnam War vet who returns home and is promptly drawn into a gang war against the local mafia, forcing him to start his own criminal enterprise. Mafia III was praised for its setting, main character and the idea of being a mob boss, but criticised for its open world approach, which was negatively derivative of the likes of Grand Theft Auto V without being as accomplished. It was a solid game, and a big improvement on the forgettable second game, but got a bit lost in the sea of other GTA clones. 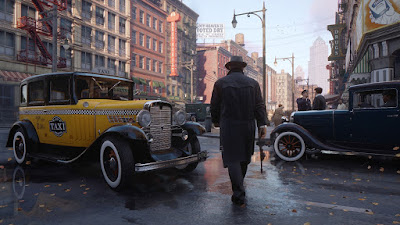 The new remasters are known as "Definitive Editions" and vary in the quality of their remastering from game to game: Mafia III doesn't seem to have been touched at all and will merely release with all of its DLC in one package. Mafia II's remaster is largely restricted to its graphics, which have seen a big upgrade since the game's original release ten years ago.

The real hard work was reserved for Mafia, unsurprisingly for an eighteen-year-old game. The game has been completely rebuilt from scratch in a new engine. The city layout, characters, storyline and missions seem to be the same, although it's unclear if the audio has been re-recorded from scratch or just upgraded. It's also unclear if the game's structure has been changed to a more traditional open world approach. These will likely be made clearer next week, when Take Two hosts a more thorough exploration of the package. 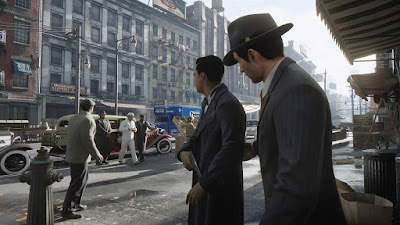 Mafia Definitive Edition will be released on 27 August 2020 on PC, X-Box One, PlayStation 4 and Google Stadia.

Mafia II Definitive Edition will be released on 19 May (yup, next week). All three games will be available in a package called Mafia Trilogy from August.
Posted by Adam Whitehead at 20:39