AMC confirms the end of THE WALKING DEAD

AMC have announced that The Walking Dead will end in 2022 after airing its 11th season, which will be super-sized as a result, with 24 episodes as opposed to the usual run of 16 episodes. 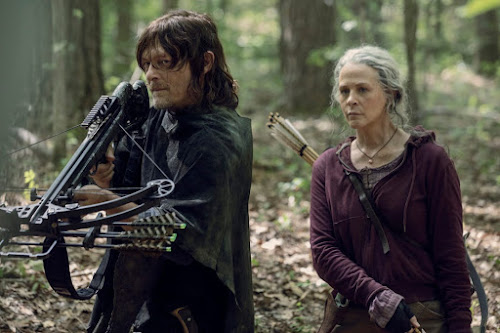 The Walking Dead began airing in 2010 under the stewardship of Frank Darabont (The Shawshank Redemption, The Green Mile). Based on Robert Kirkman's successful comic book series - which ran for 193 issues between 2003 and 2019 - the series follows a band of survivors in the aftermath of a zombie apocalypse, which mostly takes place off-screen. The focal character is Rick Grimes (Andrew Lincoln), a sheriff who is caught up in the apocalypse along with his family, best friend and some random other survivors. Over the course of the show, the initial band of survivors changes composition many times (until only two actors from Season 1 are still in the regular cast in Season 11) and it evolves from a desperate, isolated band to a group of community-leaders and nation-builders. The zombies, although everpresent, decline as the main threat in favour of other human communities of varying degrees of morality and corruption.

The show quickly became the biggest thing on television for several years, until being displaced by HBO's Game of Thrones. Recent seasons have seen sharp declines in viewing figures and critical appreciation, but with an ending in sight and a climax to build towards (which for various reasons will have to be very different to the ending in the comic book), it'll be interesting to see if the show can win back some sceptical, long-departed fans.

The show's first spin-off series, Fear the Walking Dead, is continuing to air on AMC and a second spin-off, The Walking Dead: World Beyond, set ten years after the apocalypse, is due to launch in the next couple of months. World Beyond is a limited series planned to run for just two seasons. AMC have also confirmed they will be launched a third spin-off, which will follow the adventures of Daryl (Norman Reedus) and Carol (Melissa McBride), the most popular characters from The Walking Dead and the last two Season 1 characters standing. A series of TV movies focusing on Rick Grimes is also in the planning stages.

AMC is also developing Tales of the Walking Dead, an anthology series set in the same universe involving both new and old characters from different points in the series timeline.