Ex-Blizzard personnel, disheartened by life under Activision, set up a new company and two new studios

A group of former staffers from Blizzard Entertainment have founded a new company in apparent protest over the treatment of their former home by parent company Activision, which acquired Blizzard in 2008. 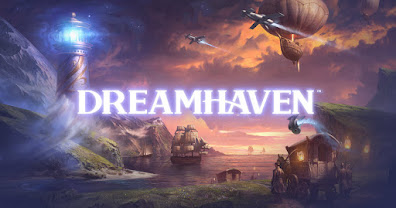 The new company is called Dreamhaven and has been founded by former Blizzard co-founder and CEO Mike Morhaime. Morhaime ran Blizzard until 2018, stepping into an advisory role for a year before leaving altogether. Dreamhaven will run two development studios: Moonshot Games and Secret Door. No games have yet been announced, but presumably both studios will be anxious to get projects underway ASAP.

Blizzard Entertainment was founded in 1991 under the name Silicon & Synapse. They released their first two games, Rock n' Roll Racing and The Lost Vikings, in 1993 before before switching their name to Chaos Studios, Inc. They became known as Blizzard in 1994.

Blizzard had their first big hits with WarCraft: Orcs and Humans (1994) and its sequel WarCraft II: Tides of Darkness (1995), fantasy real-time strategy games inspired by Warhammer and Dune II: The Battle for Arrakis. They achieved even greater success with a science fiction variant on the franchise, StarCraft, which was released in 1998 to universal acclaim and enormous sales, becoming the biggest-selling real-time strategy game of all time with over 20 million copies sold. 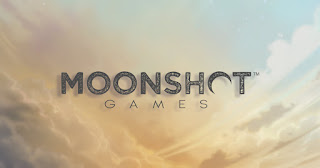 They also began development of a dark fantasy action roleplaying game, Diablo (1997), and achieved success with more sequels: Diablo II (2000) and WarCraft III: Reign of Chaos (2002). In 2004 they shifted gears again and released World of WarCraft, the most successful and popular online roleplaying game of all time with more than 100 million player accounts and over $10 billion in generated revenue.

The game's immense success saw them acquired by Activision in 2008. However, as part of the deal Blizzard continued to operate autonomously and they continued to release sequels: the much-delayed StarCraft II: Wings of Liberty was released in 2010 and Diablo III in 2012. Both games were criticised, StarCraft II for the immense wait for the second and third parts of the campaign (the final part was not released until 2015) and Diablo III for technical problems and an "auction house" approach which was believed to be nickel-and-diming loyal fans. Diablo III's problems were fixed by the release of the critically acclaimed Reaper of Souls expansion in 2014. StarCraft II's sales topped out at under 20 million, with the game losing online momentum and long-term fans preferring the original game's unit balance and online play. In recognition of this, Blizzard abandoned plans for a StarCraft III in favour of StarCraft Remastered, released in 2017 to critical acclaim. Diablo III and Reaper of Souls went on to achieve tremendous success with over 30 million sales, but "cold feet" by Activision executives saw a second expansion cancelled and developers transferred over to a fast-tracked Diablo IV.

Blizzard experienced further controversies when a second MMORPG they put into development in 2007, Titan, was cancelled in 2014 after an immense amount of money had been spent on it. Blizzard salvaged the game's plot and art assets to create an online action game called Overwatch (2016), which proved an unexpected huge hit with almost 50 million sales to date. 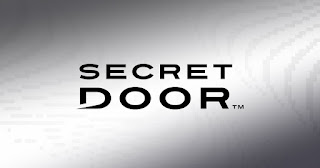 Despite delivering massive sales successes - by some metrics Blizzard's games have sold over 250 million copies, making them one of the most successful development studios in history - rumours began to spread in 2018 that Activision was unhappy with Blizzard's development schedule, which saw games released only when "they were done" and not iterated on annually, like Activision's own Call of Duty franchise which has delivered a new game annually since 2005. Blizzard was forced to cut costs and downsize, angering executives and developers alike who were well aware of the continued massive revenue being generated by Overwatch, Diablo III and even the then-fourteen-year-old World of WarCraft. Morhaime stepped down around this time. Activision was also criticised for its handling of Diablo IV, cancelling an early version of the game which would have represented a more radical shift away from the classic gameplay (and would have perhaps been released as a spin-off rather than a continuation of the main series), losing key staffmembers and cancelling the formal announcement of the game in 2018 in favour of derided mobile spin-off Diablo Immortal, to the bafflement and then fury of fans.

This is familiar territory for Activision, who acquired original Call of Duty developer Infinity Ward in 2003. After initially giving Infinity Ward a lot of freedom and rewarding them for early successes, Activision took closer control of the company, forcing them to release games annually and bringing in other studios to help speed the production of spin-offs. They also refused to consider letting Infinity Ward work on new IPs or experiment more dramatically with the gameplay. As a result, the founders of Infinity Ward quit the company in 2010, triggering an epic series of suits and counter-suits that lasted several years. Many other Infinity Ward developers followed them out the door and they established an new company called Respawn, which collaborated with Electronic Arts on the Titanfall franchise (including the hugely successful multiplayer spin-off Apex Legends) and the recent Star Wars Jedi: Fallen Order, with EA guaranteeing them greater freedom to work on different projects.

It sounds like history has repeated itself, with reports of numerous Blizzard developers and staffmembers quitting the company to join forces with Dreamhaven.

Blizzard continues to work on Diablo IV, Diablo Immortal and Overwatch 2. Dreamhaven's new projects have yet to be announced, but I suspect that both Microsoft and Sony would be very happy to have their games on their new consoles and the PC platform.