Production of COWBOY BEBOP and LORD OF THE RINGS: THE SECOND AGE resumes

Amazon Prime have commenced shooting the six-episode, second block of filming for their mega-budgeted Tolkien prequel series. They had almost completed shooting on the first block of two episodes back in March when the coronavirus pandemic shut things down a few days ahead of schedule. They'd planned to take a six-month break to work on scripts for Season 2 and see out the New Zealand winter anyway, so the show's overall schedule was not adversely impacted. 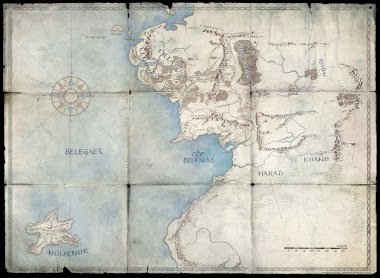 Shooting on Netflix's live-action Cowboy Bebop remake was suspended last October just eleven days into filming when star John Cho suffered an on-set knee injury. A 7-9 month delay was mooted, which of course increased due to the pandemic. This ended up being a blessing in disguise, as it gave Cho additional recovery time. Bebop, also shooting in New Zealand, resumes production today.

A lot of the shows impacted by the pandemic have resumed shooting in the last few weeks. Season 2 of Carnival Row, Season 2 of The Witcher and Season 1 of The Wheel of Time have all spun up again since the start of August, and two more have now joined the party. Lord of the Rings is expected to shoot deep into 2021 filming between sixteen and twenty episodes expected to span two seasons, whilst Cowboy Bebop is likely to film well into the spring and maybe early summer. Lord of the Rings is expected to start airing on Amazon Prime in 2022, whilst Cowboy Bebop might just scrape onto Netflix before the end of 2021.