Tatiana Maslany cast as She-Hulk in the Marvel Cinematic Universe

Tatiana Maslany, the Canadian Emmy-award winning star of the excellent SF clone drama Orphan Black, has been cast in the role of Jennifer Walters, better-known as She-Hulk. She will play the role in a Disney+ live-action series alongside Mark Ruffalo as Bruce Banner. 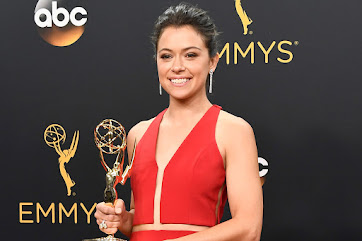 Jennifer Walters debuted in The Savage She-Hulk #1, published in 1980. Walters, a lawyer by trade is the cousin of Bruce Banner, the Incredible Hulk, and inherits his powers after being given an emergency blood transfusion by him after an accident. She-Hulk is notable for retaining much of her human levels of intelligence and control even after "hulking out". The character has been a member of the Avengers, the Fantastic Four, the Defenders and SHIELD at different times and her legal expertise has proven useful when various fellow heroes have gotten in trouble with the law.

She-Hulk is the latest in a series of Marvel Cinematic Universe TV series which will air on Disney+. It will be part of the second batch of MCU TV shows, following on from the first batch consisting of The Falcon and the Winter Soldier, WandaVision, Loki and What If...? Other shows in the second wave will include Hawkeye. Ms. Marvel and Moon Knight. She-Hulk is expected to premiere in 2022.

Who is the audience for this? An honest question. Are there young women who daydream about turning green and kicking ass? Are there young men who want a female character with the same strength, but not the same limitations, and therefore drama, of the original Hulk? I don't see the appeal to modern audiences of resurrecting this niche character from 1980 other than to throw money at a strong female character and hope the kids like it.

Marvel is losing the original MCU cast gradually and I think are thinking ahead to a ground-up reboot (somewhere around Phase 6 or 7) another ten or twenty years down the line with all new actors playing Iron Man, Hulk etc. Between now and then they want to keep going with the existing universe, and moving from the first generation of characters into a second, cheaper generation. So basically they're lining up She-Hulk to replace OG Hulk for a period before they get to the reboot stage. The same with Falcon taking over Captain America's role, the generational hand-over in Hawkeye and potentially Natalie Portman taking over the Thor role as in the comics (although Hemsworth does seem happier to stick around than the rest of his G1 costars).

I never really daydreamed about being a blind lawyer/ ninja, but I found thought a show about one was great. I enjoy archery, but I would never contemplate going into a serious battle with a bow if a gun were an option. Nor do I fantasize about being such an amazing archer that I could do so effectively.

I think any of these characters can be compelling if you tell good stories with them. For me the fantasy elements inherent with almost any comic book character increase the interest level if executed well. It's simply a genre I enjoy, and have since I was a kid.

I'm not sure about this. She is a great actress, but She-Hulk isn't the best property for her. She's...well, tiny. A quick internet search has her at 5'4" (1.63m). Forget She-Hulk, it's hard to take her as Jennifer who is supposed to be pretty tall herself. It might had been better for her to wait for a better Marvel/DC character to open up.
Worse is the simple fact that any (slim) hope for a Orphan Black sequel is now dead in the water. :(