Game of Thrones showrunners David Benioff and D.B. Weiss have announced their first project for Netflix: an adaptation of Chinese author Liu Cixin's Remembrance of Earth's Past Trilogy, better-known by the name of its first book, The Three-Body Problem. 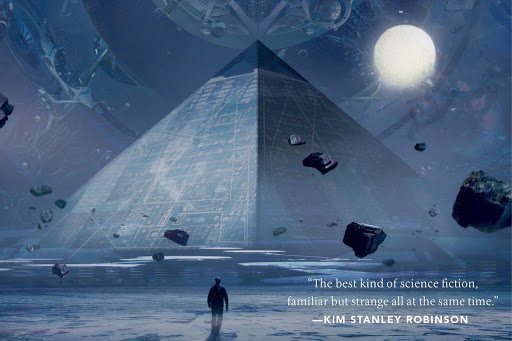 The Game of Thrones showrunners bailed on their Star Wars movie project last year in favour of a development deal with Netflix, reportedly worth $200 million. Benioff and Weiss will produce and may write for the series, although day-to-day showrunning will reportedly by handled by Alexander Woo, who most recently helmed The Terror: Infamy.

The project has a number of producers and backers, including Breaking Bad, Star Wars and Knives Out director Rian Johnson and actress-producer Rosamund Pike (Gone Girl, The World's End, The Wheel of Time), who's been branching out into producing in recent years. It's unclear if Pike is considering acting in the series, although her schedule will be full of The Wheel of Time for Amazon for the next few years.

Liu Cixin and his English-language translator, Ken Liu, are also consultants and producers on the project. The Three-Body Problem (2006) is one of the biggest-selling Chinese language works of science fiction of all time and has picked up considerable critical acclaim since it was published in English in 2014. It won the Hugo Award for Best Novel in 2015 and has won critical plaudits from Barack Obama, Kim Stanley Robinson and George R.R. Martin, amongst others. It tells the story of an alien world, Trisolaris, that is caught in a problematic orbit around three stars which periodically causes the total collapse of civilisation. The current Trisolarians have launched a series of massive colony ships towards Earth to help escape their predicament, leading to the prospect of interstellar war.

How do they keep failing upward?

Oh, that is quite bad news.