Marvel has announced that it has found the star of its Ms. Marvel TV series, planned to debut on Disney+ in 2022. 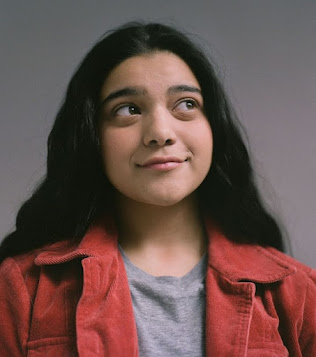 Newcomer Iman Vellani will play the role of Kamala Khan in the series. The character debuted in the Captain Marvel comic book in 2013 before getting her own series in 2014. The character was well-received and quickly became a mainstay in the Marvel Comics universe, appearing in numerous books as well as leading this year's The Avengers video game.

The plan is to debut the character in her own Disney+ series before graduating her to the MCU movie line. There have been discussions about including her in the story of Captain Marvel 2, which is currently expected to hit cinema screens in 2022. If that is the case, the Ms. Marvel TV series would presumably provide her origin story before having her meet up with Carol Danvers.

Marvel and Disney are currently shooting the first line of TV shows set in the MCU: WandaVision is complete and expected to hit screens in December, The Falcon and the Winter Soldier is wrapping shooting and expected to debut in early 2021 and Loki and What If...? should arrive later next year. The second wave consists of Hawkeye, Moon Knight, Ms. Marvel and She-Hulk, with Tatiana Maslany heading the latter.