With Michael Moorcock penning last year's big Doctor Who hardcover and Dan Abnett writing this year's one, BBC Books seems to be developing a taste for getting known SF figures to work on the series. They have just announced that SF author Alastair Reynolds is working on a Doctor Who novel called Harvest of Time. 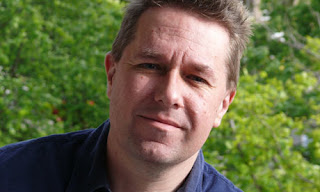 The book will feature the Third Doctor and Jo Grant facing the Master. In his blog post on the subject Reynolds talks about his love of the series and why he decided to use this particular Doctor/companion/enemy combination.

This is SERIOUSLY awesome news.