Gollancz have announced that they will be collaborating with ESF, Ltd. in the distribution of the 3rd edition of The Encyclopedia of Science Fiction, the definitive reference guide to the genre. 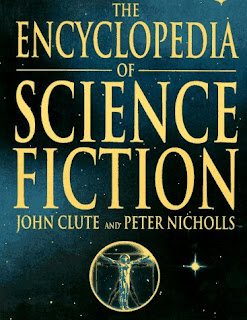 Encyclopedia of Science Fiction to be published online, with text available free

The third edition of the Encyclopedia of Science Fiction, the definitive reference work in the field, will be released online later this year by the newly-formed ESF, Ltd, in association with Victor Gollancz, the SF & Fantasy imprint of the Orion Publishing Group, whose support will enable the text to be available free to all users. This initial “beta” version, containing about three-quarters of the total projected content, will be unveiled in conjunction with Gollancz’s celebrations of its 50th anniversary as a science fiction publisher.

The first edition of the Encylopedia, whose founder and general editor was Peter Nicholls, appeared in 1979, and contained over 700,000 words. A second edition, edited by John Clute and Peter Nicholls, appeared in 1993 and contained over 1.3 million words. Both editions won the Hugo Award from the World Science Fiction Convention, in addition to numerous other honours. The beta version of the third edition will contain some 3 million words, including about 12,000 entries and well over 100,000 internal links. The entries cover every area of science fiction, including authors, illustrators, movies, music, games, and fanzines. The text will be completed, through monthly updates, by the end of 2012.

The third edition has been produced by editors John Clute and David Langford, Editor Emeritus Peter Nicholls, and Managing Editor Graham Sleight. Contributing Editors for the third edition include Mike Ashley on magazines, Paul Barnett on artists and illustrators, Jonathan Clements on all aspects of Japanese and Chinese SF, Nick Lowe on movies, Abigail Nussbaum on television, John Platt on comics, and Adam Roberts on music. During the Encyclopedia’s development, the project has been supported by Clare Coney as Technical Editor, Roger Robinson as Research Editor, John Lifton-Zoline, and Pamela Lifton-Zoline. Robert Kirby of United Agents, The Bookseller’s Literary Agent of the Year 2011, represents the Encyclopedia.

“We’re delighted to have been able to facilitate the online publication of this monumental and definitive work – more than ever the single, reliable reference source which anyone interested in SF needs. As a contributing editor to that long-ago first edition, it’s a particular pleasure to me to have been able to play a part in making this happen.”

Anyone interested in signing up for the latest news on the project can do so at www.sf-encyclopedia.com. The Encyclopedia is also on Facebook at https://www.facebook.com/pages/Sf-Encyclopedia/138995776178949 and on
Twitter at @SFEncyclopedia.

Excellent news. Having an online, constantly-updated online encyclopedia for the genre will be a great resource. The question is, will they now go on to do the 2nd edition of The Encyclopedia of Fantasy?
Posted by Adam Whitehead at 08:11

Email ThisBlogThis!Share to TwitterShare to FacebookShare to Pinterest
Labels: gollancz, news, the encyclopedia of science fiction

I joined a book club in 93 purely to get the 2nd edition in hardback for 99p The encyclopaedia of fantasy is pretty good too, although the landscape has changed massively since that was released.

I'm curious about how these divisions are meant to work. If I want to look up Christopher Priest, for instance, or Gene Wolfe, or even Anne McCaffrey, do I look in the Fantasy encyclopedia or the Science Fiction encyclopedia?

As far as I know, both. Anne McCaffrey had an article in both books, IIRC, with the SF one focusing on the SF aspects of Pern and the fantasy one looking at the fantasy ones. They even have terms for crossovers (rationalised fantasy for fantasy-with-SF elements in the fantasy encyclopedia, or science fantasy for the reverse).

The rationale of both encyclopedias was to be as inclusive as possible, so if that means wading into cross-over areas sometimes, so be it. The fantasy one even had extensive sections on mythological areas like Arthur and so on.