Ron Howard's extremely ambitious adaptation of Stephen King's Dark Tower novels is dead in the water. The complex project, envisaged as three movies and a linking television series, had been in development for a couple of years at Universal with Javier Bardem lined up to star and Howard himself in the director's chair. The cancellation is being blamed on Universal's new parent company, Comcast, which wants Universal to focus on low-budget, low-risk projects, which The Dark Tower definitely wasn't. 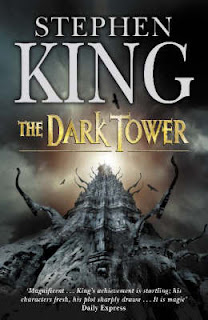 Sad news. Given the difficulties of adapting the complex books as films, the hybrid TV/movie approach was interesting and innovative, but also potentially impractical. It's back to the drawing board, unless another company takes an interest. I hear Warner Brothers has just had a vacancy open up for a new seven-volume fantasy series to adapt.
Posted by Adam Whitehead at 17:35

It's okay, I think a DT series on HBO (like Game of Thrones) is a much better fit. I will happen... one day.

I'm not too upset at this. The Dark Tower is a literary adventure, and there are just too many elements in the books that I can't see translating well to screen. Javier Bardem would have made a fantastic Roland, however.

The cancellation is being blamed on Universal's new parent company, Comcast, which wants Universal to focus on low-budget, low-risk projects, which The Dark Tower definitely wasn't.

I thought it was because they were already under contract to produce "Battleship" and "47 Ronin", both of which are $200 million projects not including marketing costs.

I for one hate the fact that the plan was scrapped. I would love to see the series played out onscreen. If Harry Potter and Lord of the Rings can be such huge successes, then The Dark Tower should be a no brainer. I just wish Clint Eastwood was young enough to play the gunslinger. :) Of course to do it right there would have to be a series of movies, no way one could do it justice.