Hot on the heels of yesterday's news about Stannis and Melisandre, HBO have also confirmed that Liam Cunningham has joined the cast. Gwendoline Christie was also announced a few weeks ago, which I missed at the time. 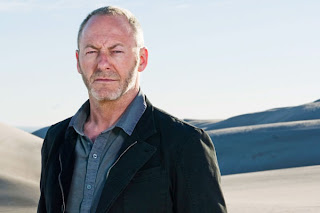 Liam Cunningham is a highly experienced Irish actor with numerous roles on screen, stage and TV. He has appeared in the movies First Knight, Jude and Clash of the Titans, and recently had starring roles in the TV series Camelot and Outcasts. 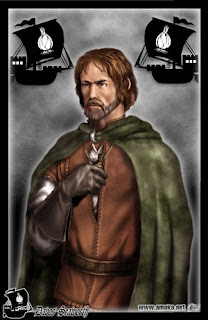 On Thrones Cunningham is playing Ser Davos Seaworth, the 'Onion Knight', so-called for smuggling a cargo of onions into the besieged castle of Storm's End to feed the garrison under Stannis Baratheon (Stephen Dillane). Stannis forgave him his smuggling background, knighted him and gave him lands, but took the top knuckles of each finger on his left hand in compensation. Davos is Stannis' most loyal and reliable vassal, but is looked down on by many other lords for his humble birth. 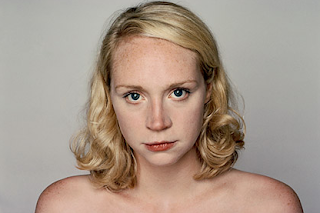 Gwendoline Christie is a British actress who has had some roles on stage and a minor role on the movie The Imaginarium of Doctor Parnassus. She is 6'3" in height. Her agent was alerted to the potential role of Brienne by a contributor from the Winter is Coming website and she was one of several fan-favourites for the role. 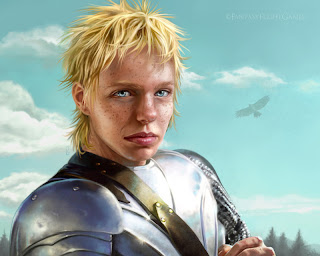 On the series Christie is playing Brienne, the Maid of Tarth, an island in the Narrow Sea. Brienne is the only daughter and heir of Lord Selwyn of Evenfall Harth. Brienne dreams of becoming a knight and is a formidable warrior in her own right, trained with shield, sword and armour, but her interest in 'manly' pursuits has put off many potential suitors. She has pledged her sword to the service of King Renly Baratheon.
Posted by Adam Whitehead at 09:12

I'll be at the panel this weekend and look forward to meeting Martin and crew!! I've been reading this series now for 2 years! The detailed writing is mind blowing. Currently I am reading 4 and 5 together....switching after every character. I had planned to reach 4 when 5 was released so that I could enjoy 3 thousand pages of amazing epic story. You can't have a book without the major characters! I hope Mr. Martin is as interesting as he sounds!

That picture of Brienne does look uncannily like Gwendoline. Was it drawn to look like her or is she just really the perfect match?

I am active duty Navy and I'm pretty sure Davos is the reason why i decided to enlist... Oh and Greyjoy is my favorite house...What can I say? I have a love of nautical fantasy!